Keeper of the Edsa flame

THE UNTHINKABLE happened on Christmas Eve.

The newspaper had been put to bed early in deference to the occasion, so that it was the editors and staff of its online edition who scrambled to report that editor in chief Letty Jimenez-Magsanoc—innovative, iconic, of frail figure but larger than life—had passed into the light. Unthinkably, hours before the most important day of the season that she so loved, on the verge of a new year that promises to be critical to the nation.

A recitation of her credentials would annoy her; she who demanded detail from reporters to make a subject emerge robust and unique and not a mere name was not one to tout her laurels, although they were substantial and numerous. Now that she is gone, one casts about for words that would memorialize her, like a butterfly under glass, as seemingly infinite, like John Updike wrote, as “one of Vermeer’s moments frozen in an eternal light from the left.”

But she herself readily talked about her work during martial law—including Eggie Apostol’s Mr. & Ms. Special Edition that was a thorn in the side of the Marcos dictatorship—especially to the young generation of journalists, “the ones,” as in the song, “who are next in line.” She talked about fighting strongman rule and the crying importance of remembering. She talked about Edsa I and the sheer folly of forgetting.

Letty Jimenez-Magsanoc—LJM to most everyone—constantly pointed out the historic role of the Philippine Daily Inquirer in the unraveling and eventual toppling of the dictatorship, and its current No. 1 status among the broadsheets, an institution that, from its ragged beginnings, steadily rose to become an agenda-setter in the national conversation.

Name an issue of national importance and LJM and her newspaper were in there pitching, come libel charge or advertising boycott. She seemed tireless, was hardly ever timorous, and was quite unafraid to push the envelope. It was not apropos of nothing that she thought up the phrase “courage beyond words” to mark the newspaper’s 30th anniversary this month—a milestone about which she was excited and for which she prepared assiduously, overseeing a commemorative book as well as a special supplement on top of the daily task of putting out the paper.

“We have carried the torch from Edsa I,” LJM told an aspiring reporter, Dexter V. Cabalza, who was sent to interview her for the newspaper’s anniversary supplement early this month. “We have a history. It is a backstory of excellence and commitment to democracy, to the public good and public welfare. At the end of the day, those are what we should remember as we invent and reinvent the paper every day.”

She also said as much at another time—in October 2012, in closing remarks at the trainers’ training workshop of the Inquirer Training Center. “Edsa is our backstory. It’s in our DNA. It’s our history and heritage. It is the one thing that differentiates us from all other media organizations,” she said, adding:

“The Inquirer is the keeper of the Edsa flame.” 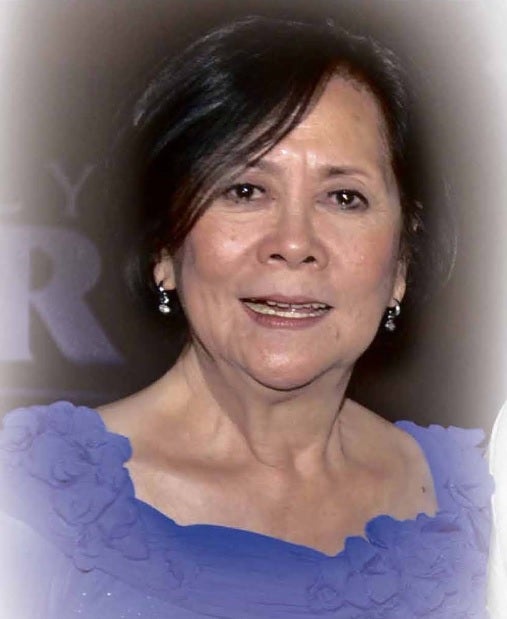 Indeed it is. Under LJM’s stewardship, the newspaper showed the way in keeping to the ideals that made Edsa I possible: a refusal to bow to tyranny (of power, of numbers, of money), a passion to preserve the regained democratic space. She strove mightily to capture, and hold, public attention with reports on corruption, malfeasance and chicanery at the top, and, as a result, stirred public imagination on the necessity of being discontented with what is and of being demanding of what could be.

But these are mere superlatives. The fact was, like Katharine

Graham, LJM was reluctant to take up the position of editor in chief that Inquirer founding chair

Apostol was offering her. Somewhat the equivalent of Benjamin Bradlee’s Boston Brahmin, she was not eager to join the mostly male editorial team and seemed happy enough with an opinion column titled “Leavings,” which she wrote two to four times a week starting on July 30, 1988, up to May 25, 1991.

(In her first column, she thanked Joaquin “Chino” Roces for giving President Cory Aquino a talking-to about the “graft and corruption, and the other grisly etceteras plaguing her administration in its second year.”)

But having overcome her reluctance, she accepted Apostol’s offer and took on the post in June 1991. To put it tritely, she never looked back.

Talking about her experience at the same trainers’ training workshop, LJM said: “There are no men or women in the newsroom, only humans, the better to engage the public emotionally.”

“Sexless in the newsroom works,” she declared. “When it doesn’t, let gut feel take over.”

These are the intangibles in LJM’s stewardship, in her style. That emotional engagement with the public, that gut feel, that astute finger on the public pulse, have made the Inquirer what it is: a household fixture, an indispensable component of the working day, a newspaper of record, a business bible, disarming, trendy, passionate. And fearless.

She came to work attentive and cheerful, somehow calling to mind what Susan Sontag told Jorge Luis Borges in a letter: “You showed that it is not necessary to be unhappy, even while one is clear-eyed and undeluded about how terrible everything is.”

She worked well into the night— a night creature if there ever was one—and immersed herself in the exasperating minutiae of producing the paper. She was truly hands-on, kept posted by her staff of goings-on even when she was at home or in transit.

Poring over Page 1 reports, she changed titles and jumbled paragraphs. She phoned Research and wanted a specific quote, date unknown, just when the staff was about to call it a day. She insisted on formulating the newspaper’s each Christmas Day greeting, except, poignantly, this last one. She drove herself as much as she drove her troops.

(During my time at the news desk, when I was on vacation leave and the “Hyatt 10” resigned from the GMA administration, my phone rang. It was LJM at the other end of the line: “Hi, Chats,” she said in her familiar husky drawl. “This is duty calling.” Thus was my trip to the mall derailed.)

But LJM had as well an emotional engagement with her people.

Worrying one night even about what then reporter Lindablue Romero would wear to a formal coverage, she strode to her desk, pulled open a drawer and produced a pair of black stockings.

On a page in Time magazine (Nov. 13, 2006) that featured her and Apostol as “Asian Heroes,” she affixed her autograph along with a note to editorial assistant Christine Ang: “Dear Tintin, you’re the real (unsung) hero who makes us look good. Thank you for all your help and your faith.”

When news of LJM’s passing broke like an icy stream of air on Christmas Eve, her people recoiled in shock and then were reduced to weeping.

(Editor’s note: The wake for LJM is on Dec. 27-29 at Aeternum at Heritage Memorial Park in Taguig City.)