A ‘source of strength’ to Aquino and nation 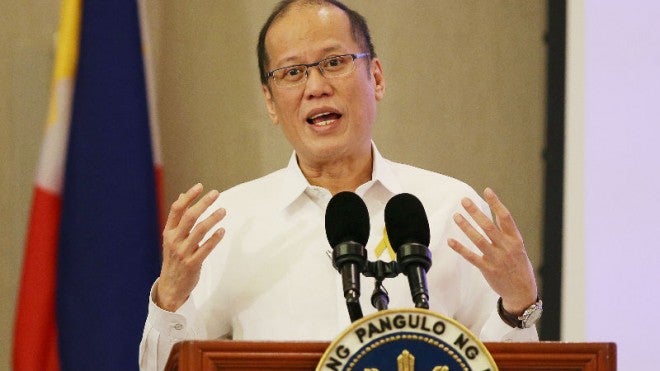 PRESIDENT Aquino on Friday paid tribute to Inquirer editor in chief Letty Jimenez-Magsanoc, calling her a “source of strength” to him and to the nation.

Magsanoc, who led the Inquirer for 24 years, died on Christmas Eve.

“I am shocked by the sudden passing of Letty Jimenez-Magsanoc. My thoughts and prayers are with her family and all her colleagues in the Philippine Daily Inquirer at this time of profound sadness and loss. She was, to me, and all Filipinos of goodwill who love freedom, democracy and good governance, a source of strength,” the President said.

“One always knew that with her, the truth was the benchmark of a journalist’s efforts; and that in all that she did, there was no higher cause than the country’s welfare and that of our people. She always spoke to me frankly, and yet with deep understanding,” Mr. Aquino said.

“To her loved ones and colleagues, you are not alone: we are all called to living up to her courageous example, one that will continue to inspire all of us to fight for freedom by ensuring we have a discerning and informed public. May she rest in peace and her example lend us strength in continuing to ensure we have a nation that is always free to speak its mind,” he said.

Magsanoc had been ill for a month.

She missed the Inquirer’s 30th anniversary on Dec. 9 where she was one of the honorees who celebrated their third decade as Inquirer employees.

As the event’s guest speaker, President Aquino hailed the courage, tenacity and “principled journalism” of Magsanoc and Inquirer founding chair, Eggie Durán-Apostol, in bringing news to the Filipino people even during martial law, a very dangerous time for journalists in the Philippines.

“They kept our hopes and spirit alive through the darkest days and nights of the dictatorship,” the President said in his speech.

“True news was like water in the desert,” Mr. Aquino said. “If it was bad for the readers—just imagine how it was for those who wrote for, and produced the mosquito press. Imagine the principle of Eggie Apostol, Letty Jimenez-Magsanoc and all the other true journalists during that period,” he said.

Apostol and Magsanoc published and wrote about the funeral of the President’s father, the assassinated Sen. Benigno Aquino Jr., and the Agrava Fact-Finding Board investigation of his death, although strongman Ferdinand Marcos censored coverage of the funeral and the inquiry.

Mr. Aquino told the Inquirer audience how much Apostol and Magsanoc’s courage as journalists “meant to our family.”

“Dad always believed that he did not stand alone, and you proved that through your brave coverage. Many Filipinos who believed the same learned through your publications that they, too, were not alone in the desire to stand up to the dictator. It is no exaggeration, I believe, to say that you informed millions of our countrymen, whose unity made the peaceful revolution of Edsa possible,” he said.

“It would be impossible for us to take stock of one, without involving the other, because the Philippine Daily Inquirer traces its roots to the era of people power,” he said.

The Filipinos can count on the Inquirer to reject revisionism, the President said, implying that the newspaper is the keeper of the flame of truth.

Malacañang on Thursday night condoled with the Inquirer family on the passing of Magsanoc, saying she was a “force for good” in Philippine society and “a truth-teller to the nation.”

In a statement, presidential spokesperson Edwin Lacierda said Magsanoc “was in every sense of the word, a freedom fighter, wielding her pen against the dictatorship, and any and all who would oppress and betray the Filipino people, on whose behalf she was a fearless crusader for democracy, accountability and honesty.”

“We hope that her family’s deep sadness at this time will be at least partially assuaged, by the deep admiration her peers and reading public felt for her,” Lacierda said.

“She writes 30, having been, up to the end, a force for good in our society, a truth-teller to the nation, and mentor to so many in her field,” he said.