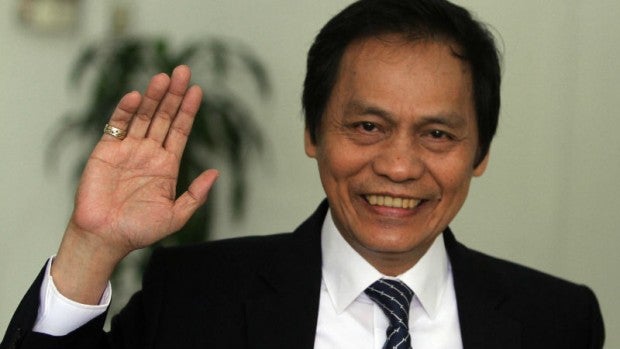 Adoption laws do not confer citizenship and the 1987 Constitution is clear on who are citizens of the Philippines, a former law dean said.

“This is equity following the law,” he said so as to give an orphan the opportunity to be adopted and be part of a family.

“Adoption law applies not because of being a Filipino citizen but because of the domiciliary principle which is applied when the citizenship cannot be determined,” Valdez who is also the chairman emeritus of the Association of Philippine Law Schools said.

However, Valdez pointed out that the citizenship of one aspiring to become president is a different matter.

Under the Constitution, one of the requirements to be president is that he or she is a natural-born Filipino.

Article IV Section 2 of the Constitution provides that “natural-born citizens are those who are citizens of the Philippines from birth without having to perform any act to acquire or perfect their Philippine citizenship.”

“What is stated in the Constitution is clear. Otherwise we open the gates to pretending Filipinos. That is why our last defense to that threat is to limit the presidency and other critical positions only to natural-born citizens,” Valdez said.

“Citizenship is an aspect of sovereignty,” Luna said.

He noted that in the case of Vicente Ching, the Supreme Court itself did not consider his election of Philippine citizenship made 7 years after attaining the age of majority as substantial compliance with the 1935 Constitution “despite passing the bar exams and the accountancy board coupled with the fact that his mother is a Filipino.”

Under Republic Act 8552 or the Act Establishing Rules and Policies on Domestic Adoption of Filipino and for other purposes, particularly Section 5 “it shall be the duty of the Department or child caring agency which has custody of the child to locate the biological parents. If efforts fail, the child shall be considered a foundling.”

“Meaning foundlings are covered by rules on adoption of Filipino children, what do you see from that,” Sereno asked Atty. Alexander Poblador, counsel for Senator Grace Poe.

Poblador said, under the said law, foundlings are considered Filipinos. Otherwise, the courts cannot decree on their adoption.

Then, Sereno cited Republic Act 8043 or the Act establishing rules to govern inter-country adoption of Filipino children and for other purposes which she related to Article 15 of the Civil Code which states that “laws relating to family rights and duties, or to the status, condition and legal capacity of persons are binding upon citizens of the Philippines, even though living abroad.”

“It means foundlings fall within the coverage of the inter-country adoption act of Filipino children,” Sereno said.

Election law expert Atty. Romulo Macalintal said Sereno’s statement during the oral argument does not mean that will be her final position on the case of Senator Grace Poe.

“Comments made by justices in the course of oral arguments do not necessarily mean their position on an issue. It may or may not change during [the] deliberations by [the] 15-man SC (Supreme Court) members on [Poe’s] case since a justice could be influenced or enlightened by arguments or comments by other justices,” Macalintal said.

“SC being the interpreter of laws will have the final say. While the Chief Justice’s comment appears to favor Poe, it is not a guarantee that that would be the vote of the majority,” he added. RAM