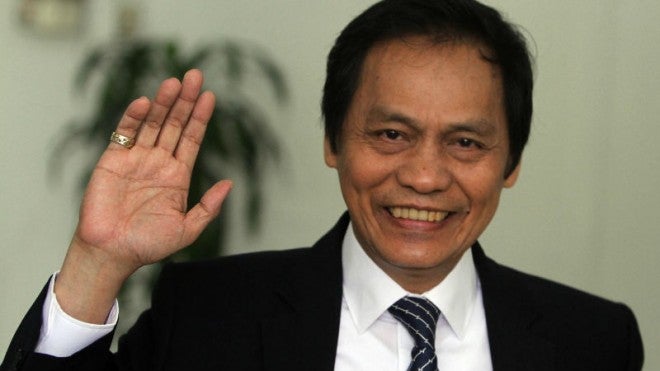 Sen. Grace Poe said she will face all the challenges to her presidential candidacy, as a fourth petition to take her out of next year’s race for Malacañang was filed in the Commission on Elections (Comelec) Monday.

Poe said there were a lot of other problems facing the nation that Amado Valdez could have paid attention to, but instead the former dean of the University of the East College of Law chose to question her citizenship and residency in the Philippines.

In the fourth case for the disqualification of Poe, Valdez asked the Comelec to cancel the senator’s certificate of candidacy (COC) for President because of her failure to meet the 10-year residency requirement for presidential candidates and her not being a natural-born Filipino.

“Assuming that she is a natural-born citizen, she lost [that] status when she renounced her Filipino citizenship by taking her oath as [an] American citizen,” Valdez said.

Records showed that Poe renounced her Filipino citizenship and became an American citizen on Oct. 18, 2001. She filed a petition for reacquisition of Philippine citizenship on July 10, 2006.

“The fact that respondent has to perform an overt act to reacquire her citizenship by filing a petition for reacquisition of Philippine citizenship under RA 9225 does not qualify her as natural-born citizen in conformity with the provisions of Article IV, Section 2 of the 1987 Constitution,” Valdez said.

As to the question of Poe’s residency, Valdez pointed out that “by her own handwritten entry in her COC for senator, she lacked the residency requirement for the presidency by her own declaration.”

Valdez noted that Poe indicated “six years and six months” in the period of residence portion of her COC filed for the 2013 senatorial election.

To account for Poe’s 10-year period of domicile, Valdez said there were three dates to start the count based on official records: on July 7, 2006, when she took her oath as Filipino citizen; on November 2006 as indicated in her COC for senator three years ago and on Oct. 20, 2010, when she renounced her American citizenship.

“Strictly speaking, the 10-year period of residency must be counted from Oct. 20, 2010, when she renounced her American citizenship. Between July 7, 2006, and Oct. 20, 2010, she owed dual allegiance to the Philippines and the US, thus still ineligible to hold public office,” Valdez said.

Based on his count, Poe’s residency would be four years, six months and 15 days on Election Day, May 9, next year—short of the 10 years required by the Constitution.

“Nonetheless, counting the years from any of the [other] dates, [Poe] will still come short of the 10-year requirement,” Valdez said.

A former Department of Justice prosecutor, Estrella Elamparo, cited the same issues in the first case, filed on Oct. 16, for Poe’s elimination from the presidential race.

The Comelec has decided to consolidate the petitions, which would be handled by the commission’s Second Division.

“As some say, they hope our cell phone load is like the cases filed against me—unlimited,” Poe said when asked for comment about the petition filed by Valdez.

She said her detractors could continue filing cases for her disqualification and she would face them all.

“Maybe they think it’s a matter of principle, and I would face that,” she said.

“But I also want to know their opinion on other issues, such as overpricing or the MRT problems. He’s a good dean, maybe he could also look at other matters that would help the nation,” she added, referring to Valdez.

The law is clear

The dual citizenship law is clear on that question, Gatchalian said.

“The expressed provision of this law substantiates the fact that she was deemed not to have lost her natural-born [status] when she reacquired her Filipino citizenship. The act of repatriation is not naturalization,” he said.

Gatchalian stressed that Poe had met all the requirements to run for President.

“Like the [other] petitions, [this one will be answered by Senator Poe] point by point. We are ready to face all these petitions and prove them wrong,” he said.