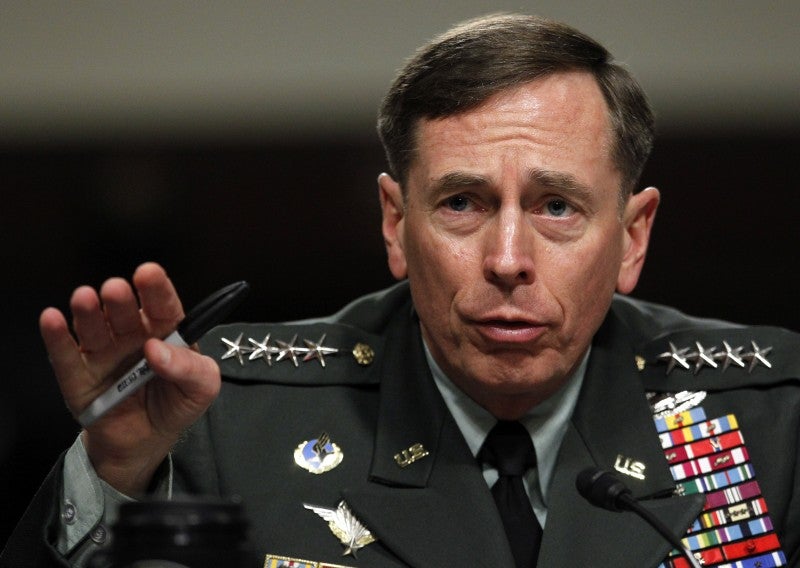 Washington, United States — The Pentagon won’t strip David Petraeus of his fourth star for providing his mistress classified information, a scandal that forced the resignation of a man feted for changing the course of the Iraq War.

The retired general was given two years’ probation and fined $100,000 in 2015 over the matter following a guilty plea in a US court.

The US Army “completed its review of his case and recommended no additional action,” Assistant Secretary of Defense Stephen Hedger wrote Friday in a letter to Senator John McCain, chairman of the Senate Armed Services Committee.

A defense official confirmed the authenticity of the three-sentence letter, obtained by AFP, but declined further comment.

The loss of his fourth star would have been a symbolic slap in the face for the military icon who is still widely respected.

His retroactive demotion to a three-star general could reportedly also have cost him hundreds of thousands of dollars over the course of his retirement.

Petraeus had been regularly praised for his efforts during the “surge” of troops in Iraq and credited for helping salvage the troubled war effort in that country.

Following his retirement in 2011, Petraeus went on to head the Central Intelligence Agency, but resigned in 2012, after serving just 14 months.

Before his guilty plea in a North Carolina court, the Justice Department had said that Petraeus had acknowledged giving eight “black books” — logs he kept as the US commander in Afghanistan — to his lover and biographer, Paula Broadwell.

The five-by-eight-inch notebooks in question were meant to serve as source material for Broadwell’s book about the general, “All In: The Education of General David Petraeus.”

They included Petraeus’s daily schedule, classified notes, the identities of covert officers, details about US intelligence capabilities, code words and accounts of his meetings with President Barack Obama, according to court documents.

Read Next
US warship challenges China claim to disputed island
EDITORS' PICK
Unleash the photographer in you this World Photography Day with vivo smartphones
Palace warns sugar hoarders after raid on Pampanga warehouse
Look Through: The fate of impounded stray dogs
What to watch out for when selecting a video surveillance solution
House energy committee chair Arroyo bats for cheap electricity
Metro Manila’s COVID-19 cases on downward trend, but surge not over — OCTA
MOST READ
LOOK: Miel Pangilinan dazzles in glittery pre-debut shoot
Man abducted in Batangas gasoline station, found dead in Quezon
August 19 a special non-working holiday in Quezon City
Palace warns sugar hoarders after raid on Pampanga warehouse
Don't miss out on the latest news and information.