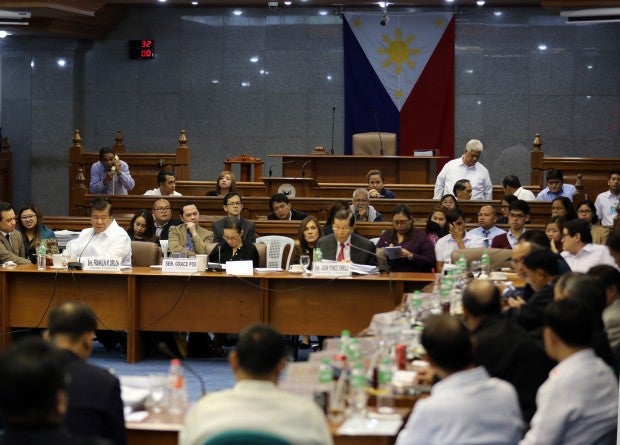 The Aquino administration  should explain why it allowed the United States to play a role in the operation against Malaysian terrorist Zulkifli bin Hir, alias Marwan, when it was just a police matter, Senate Minority Leader Juan Ponce Enrile said Wednesday.

Napeñas said that through the Joint Task Force Philippines based in Zamboanga province, the United States provided the SAF real-time intelligence support, training and equipment.

“In that Oplan Exodus, they provided  support in terms of humanitarian and medical evacuation and also the investigation,” Napeñas said.

“Investigation” referred to the DNA testing on the finger taken from Marwan, to prove that he was killed in the clash with SAF troopers, he said.

The Joint Task Force Philippines was disbanded on Feb. 24, 2015, a month after the Mamasapano debacle.

Enrile asked Napeñas if the civilian members of the  Joint Task Force were CIA agents.

Napeñas said he presumed they were CIA agents, though they were not expressly identified as such.

“The word CIA is never mentioned in our dealings,” he added.

Enrile asked why the United States was providing intelligence on a “purely police matter.”

Napeñas replied that the US Special Operations Command’s top priority was counterterrorism, and the capture of Marwan, who was ordered arrested by a Philippine court for murder, was part of the war on terror.

Basis for US intervention

The SAF is the counterterrorism unit of the PNP, and that was the reason the United States was dealing with it, he added.

Enrile asked if the United States was using the Visiting Forces Agreement (VFA), or any other agreement, as a basis for the cooperation with the SAF.

He pointed out that the VFA covered only military cooperation between the Philippines and the United States, and it did not cover law enforcement, which involved criminal laws.

Criminal laws are strictly territorial except for a few exceptions, he added.

“This is something that the government must explain, why they have allowed a police matter to include US participation. I’m not saying that I’m correct, but this has to be looked into,” he said.

But Presidential Communications Secretary Herminio Coloma Jr. said he did not recall Enrile asking for a government explanation of the US role in the SAF operation.

“I think it was Napeñas who gave an account [of] this when he was discussing the background of previous operations. It was only Napeñas who had the opportunity to talk about it during the interpellation,” Coloma said in a text message to the Inquirer.

“It was pointed out during the hearing that this involved counterterrorism actions in which there is cooperation between the Philippines and the US,” he said.

Napeñas said the United States was interested in Marwan because he was a suspect in the 2002 bombings in Bali, Indonesia, where US citizens were among the 202 people  killed.

The United States offered $5 million and the Philippine government P7.4 million for information that would lead to the capture of Marwan dead or alive.

Asked about it at Wednesday’s hearing, Supt. Fernando Mendez, PNP intelligence chief, said the payment of the reward was still being processed.

When Sen. Vicente Sotto III asked him why it was taking too long to pay the informant, Mendez said he did not know.

Sen. Ralph Recto asked the resource persons about the nationality of the informant.

Former PNP Director General Alan Purisima replied that the informant was a Filipino.

Recto asked if the informant was a member of the Moro Islamic Liberation Front.

Purisima said no. With a report from Jerry E. Esplanada