Death toll from US snow storm rises to 15 — officials 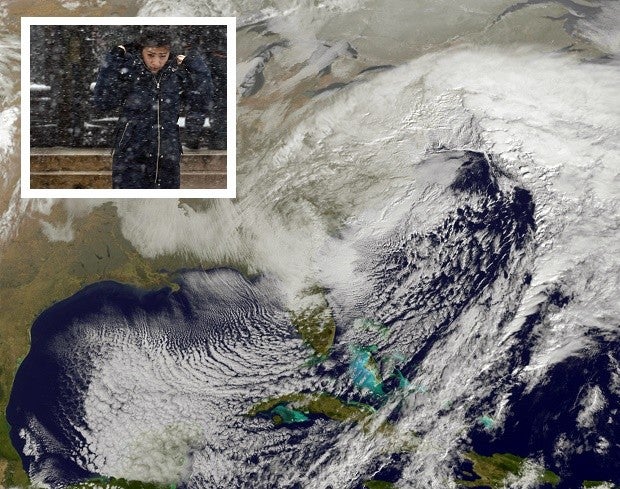 A woman (inset) pulls a hood over her head as she steps out into the snow in Lower Manhattan, New York City, on Saturday, Jan. 23, 2015, as storm clouds blanket the US East Coast, dumping tons of snow on  several states. AP

READ: ‘Snowzilla’: Blizzard blankets eastern US; worst is yet to come

“It’s a reminder to everyone — do not overexert, particularly folks having any kind of health challenges,” De Blasio told CNN.

The storm — dubbed “Snowzilla” — clobbered a large swath of the eastern US, dumping near-record amounts of snow on Washington, New York and other major cities.

TAGS: News, snowzilla, US, US blizzard, US weather