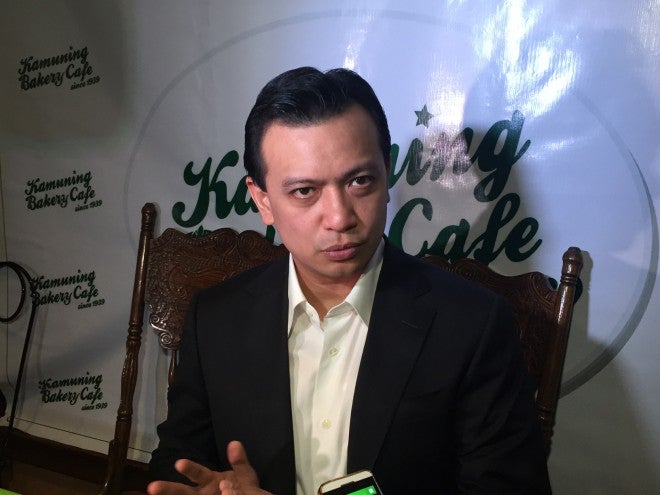 Foreign investors are wary of Vice President Jejomar Binay winning the presidency in May.

But for Sen. Antonio Trillanes IV, it would be worst for the country if Davao City Mayor Rodrigo Duterte gets to Malacañang, citing the controversial mayor’s statements that he had engaged in summary executions of suspected criminals.

Although he had been a constant critic of Binay in the past year after he initiated a Senate inquiry into alleged Makati anomalies, Trillanes warned that Duterte as President would be worse than Binay.

“I can’t imagine myself saying this, but it’s going to be so much worse,” he said when asked about the prospects of Duterte becoming the country’s chief executive.

Duterte’s win would be a “disaster for the country,” Trillanes said.

“His method may have worked in Davao, but it’s definitely not going to work in the national scale. You don’t run the country like that. There should be a vision, a program of action that you would actually have to enumerate,” he said.

Asked what methods he was referring to, he cited Duterte’s statements that he engaged in summary killings.

Trillanes expressed apprehension that such a practice would escalate into something worse.

Trillanes also dreads a Binay presidency, but would accept it if the people elect him as the country’s next leader.