newsinfo / Nation
Nation
WITH OR WITHOUT 3 JUSTICES, 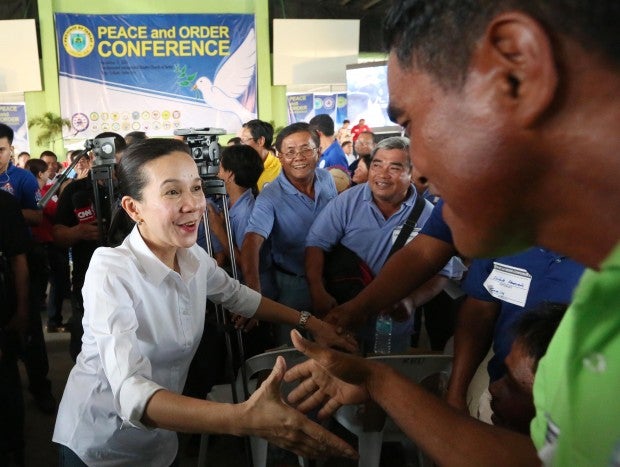 Whether or not the three justices, who voted to unseat her as senator, would inhibit from the disqualification cases against her in the Commission on Elections (Comelec), presidential aspirant Senator Grace Poe said she remained confident that the Supreme Court “will act fairly as the final arbiter of the law.

The three justices she was referring to were Senior Associate Justice Antonio Carpio and Associate Justices Teresita Leonardo de Castro and Arturo Brion, who decided to inhibit from the Supreme Court’s deliberations on the Senate Electoral Tribunal’s (SET) decision that she was a natural born Filipino and was therefore qualified to run for senator in 2016.

“The three Justices showed prudence in inhibiting themselves in the SET case,” Poe said in a text message on Tuesday.

She reiterated though that her citizenship was the same issue raised against her in four disqualification cases that were upheld by the Comelec. The senator has a pending motion seeking the inhibition of the three justices from the Comelec cases.

“We maintain that, while the SET case is about my qualifications as senator and the Comelec cases are about whether I can run for president, the underlying issues are the same – my natural born citizenship and 10-year residence in the country,” Poe said.

“Whether or not the three Justices inhibit in the Comelec cases, we trust that the Supreme Court will act fairly as the final arbiter of the law,” she added.

But Poe’s spokesman, Valenzuela Mayor Rex Gatchalian, remained hopeful that the magistrates would heed their appeal to inhibit from the Comelec cases.

“Citizenship is also one of core issues of the Comelec cases. We are hopeful that the good Justices will also adopt the same position in the Comelec cases,” Gatchalian said in a separate text message. IDL