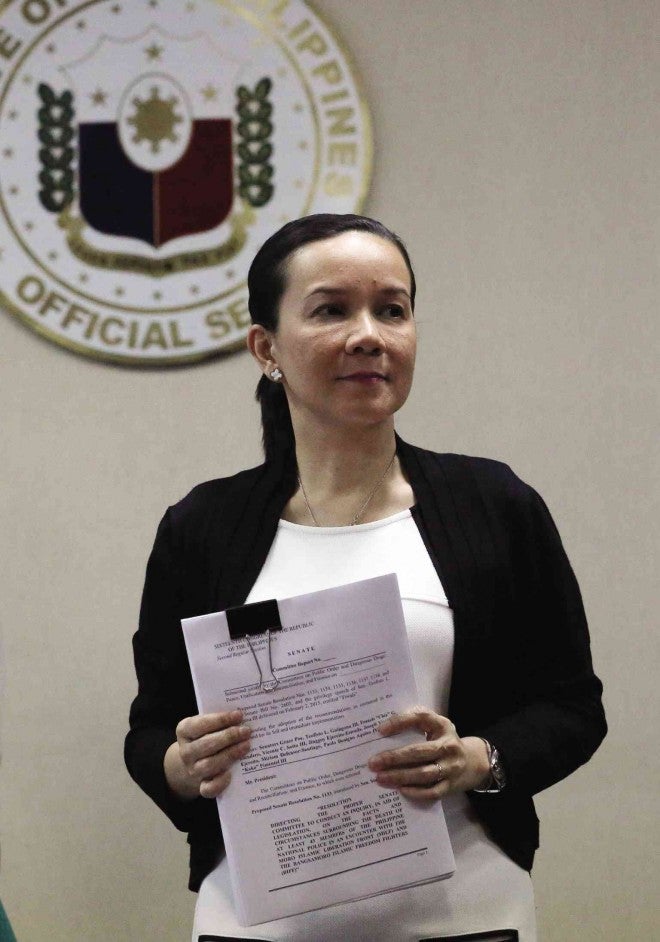 (Updated) Senator Grace Poe said the two committees that investigated the Mamasapano incident  will reconvene on January 25, 2016, exactly one year after the bloody operation to listen to possible new information or evidence that might crop up during the proceeding.

This was revealed by Poe in a text message to reporters on Tuesday.

It was Senate Minority Leader Juan Ponce Enrile who demanded the reopening of the Mamasapano probe when he took the floor last October.

“It’s good that the Rules Committee gave a (go) signal that additional hearing/s can be called, in response to Minority Leader Enrile’s request to call such citing his personal information and possibly new evidence,” Poe said in an earlier text message.

“Let it be stated as I manifested before, the new hearing/s will not affect or void our earlier findings. It has been signed by 21 members. Lagi namang may puwang kung may bagong ebidensya (There is always an opening as long as there is new evidence). We will schedule the additional hearing soonest,” she added.

Senator Vicente “Tito” Sotto III said the committee on rules agreed to reopen the hearing before Congress went on a Christmas beak.

“Remember JPE (Enrile’s initials ) was with the survivors for weeks in the PNP hospital. He might be bringing up new or other issues we were not able to tackle,” Sotto said in another text message.

Enrile was under hospital arrest over plunder charges in connection with the pork barrel scam when the Senate conducted the Mamasapano incident. IDL