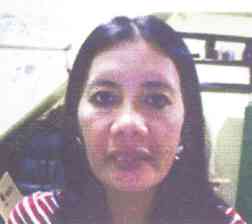 Evelyn Baira underwent cochlear implant surgery in May 2014, but her ordeal continues due to her failure to have a regular checkup.

“The pain is unbearable, I can’t take it anymore,” said the 43-year-old native of Negros Occidental, who works as a part-time domestic helper.

Baira was supposed to have a checkup every four months after the surgery, but the last one she had was in March 2015 at Philippine General Hospital (PGH). The reason: She still has a balance of P288,000 with Med-El Philippines Inc., a supplier of artificial hearing aids to PGH patients.

“My hearing checkup in the hospital can only resume if I am able to pay my balance,” she told the Inquirer. “I have nowhere else to turn to for financial assistance that’s why I am coming to you again.”

Baira first approached the paper to appeal to readers in 2014, when she needed funds for the surgery.

Earning only P1,000 a week, she currently stays with her aunt in Dasmariñas City and works every Tuesday and Sunday at a businessman’s residence in Magallanes Village, Makati City.

A former overseas worker, Baira damaged her right ear while cleaning it in 2009. The accident caused an infection that left her hearing impaired.