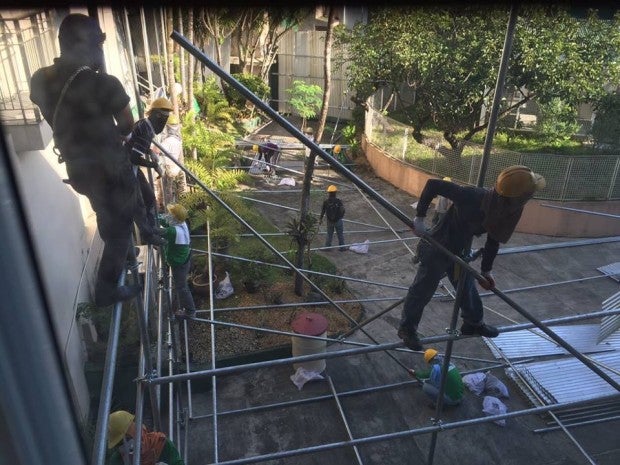 THE Iglesia Ni Cristo (INC) continues to build high fences inside the disputed compound in Tandang Sora, Quezon City in a show of defiance to the court order stopping all constructions there.

Photos sent to INQUIRER.net showed the ongoing fencing inside the compound, which is visible along Tandang Sora Avenue near the INC headquarters in Quezon City.

“The metal sheet fences cover the windows and air condition units thereby blocking the light and air inside the house. This is a clear indication of health and life hazard,” lawyer Trixie Angeles said in a statement sent to INQUIRER.net.

“These are all but proof of hypocrisy of the INC leaders in professing doctrinal values yet failing to lead by example. Thus the oppression of the family of Ka Angel and Ka Lottie continues,” Angeles added.

Sought for comment, Iglesia Ni Cristo spokesman Edwil Zabala, told INQUIRER.net in a phone interview, that he “sees nothing wrong” if the church builds fences on the INC property.

“It is the property of the Iglesia Ni Cristo. Of that there is no question,” Zabala said.

“I see nothing wrong with the Iglesia Ni Cristo (building fences) on Iglesia ni Cristo property,” he added.

Responding to the claims of Eduardo Manalo’s siblings that the executive minister refused to talk to them, Zabala said: “It is impossible for brother Manalo’s siblings to get in touch with him since they can easily email him or get his cellphone number and call him.”

But Zabala disputed this claim.

“It is a biblical doctrine upheld by the Iglesia Ni Cristo that members must submit to the authority of the executive minister of the church,” he said.

Contrary to the claims of the Manalo brothers, Zabala said the Iglesia Ni Cristo does not control the #36 Tandang Sora Avenue, which is the house currently occupied by Lottie.

On December 15, a scuffle ensued when INC guards stopped Angel Manalo plan to let members of the media to get inside the disputed compound.

During that time, construction workers entered the compound to fence off the area while opposing lawyers and the court sheriff were discussing the court-ordered inspection.

The INC has earlier filed an injunction case asking the court to ban visitors from entering the compound where Angel Manalo and Lottie Manalo-Hemedez have been holed up in since July. CDG/AC 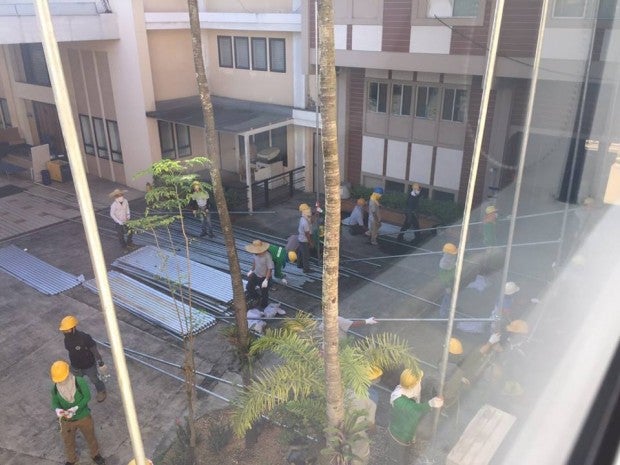