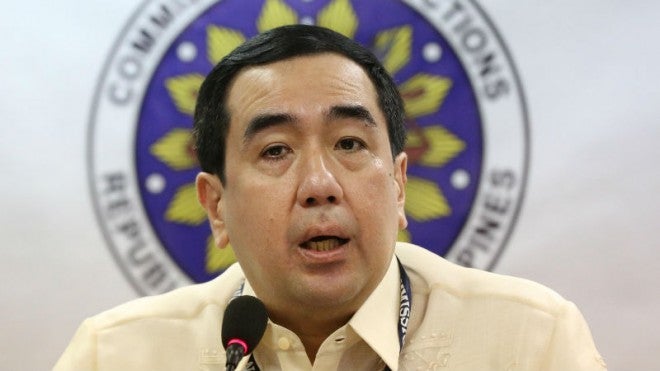 The Commission on Elections (Comelec) has revealed on Wednesday that there will be six candidates for the vice presidential race in next year’s polls.

At a press briefing, Comelec Chairman Andres Bautista said that the supposed initial list for the vice presidency is already final.

All other aspirants who filed for the vice presidency have been previously declared as “nuisance” bets.

Bautista said that the list would be final if no VP candidate will withdraw from the race.

Last October 16–the last day of filing of certificates of candidacy–19 people signified their desire to run for the second highest position in the land.

Meanwhile, as of Dec 23, the initial number of candidates for president is pegged at 23, senators at 68, and party-list groups at 119.

Comelec commissioner Christian Robert Lim also revealed the timeline on the loading of initial candidates in the Election Management System.

The final list of candidates will be approved by the Comelec sitting en banc on January 18 to 20.

After approval of the list, the ballot design phase will commence on Jan. 20 to Mar. 31,  while ballot printing will start on March 26 to April 12.

Lim said that so far, they are still on schedule. CDG