Tolentino to bets: Give to typhoon victims | Inquirer News

Tolentino to bets: Give to typhoon victims 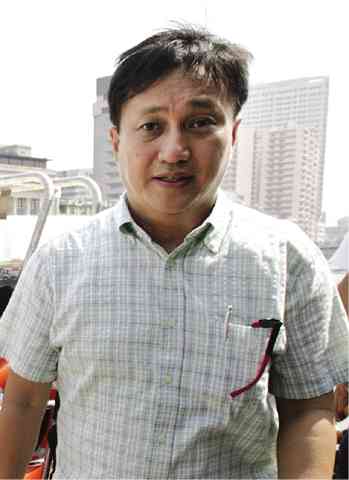 Senatorial candidate and safety advocate Francis Tolentino asked not just fellow candidates in the 2016 elections but the people as well, to open their hearts – and wallets – this Christmas and offer a portion of their bonuses or in the case of politicians, their campaign kitty, to the victims of the latest typhoon that struck the country.

While asking residents of the CARAGA region to prepare for the worst as tropical storm “Onyok” continues to make it way toward their direction, Tolentino said that those who have enough to spare – clothes, food, water and even money – donate them to charitable institutions handling relief efforts, or to the Department of Social Welfare and Development (DSWD).

“Might I, on behalf of the thousands of families affected by Typhoon Nona, appeal to my fellow candidates and the people who have extra money or goods to spare this season, in the spirt of Christmas, which is really all about giving, that they allocate a portion to the victims of the typhoon,” Tolentino, a safety advocate, said.

“It is not much, but a peso can be a million, if everybody will contribute,” he added.

Typhoon Nona battered the Visayas region along with Central Luzon. Tolentino said that since it is the time of gift giving, it would be better to allocate the huge funds from the campaign kitty of politicians to

On Thursday, the center of ‘Bagyong Onyok’ was estimated based on all available data at 415 km East of Hinatuan, Surigao del Sur (8.4°N, 130.1°E). It has maximum winds of 55 kph near the center and forecast to move West at 17 kph.

The estimated rainfall amount is from moderate to heavy within the 100 km diameter of the Tropical Depression.

Residents in low lying and mountainous areas of the provinces with Public Storm Warning Signals are alerted against possible flashfloods and landslides.