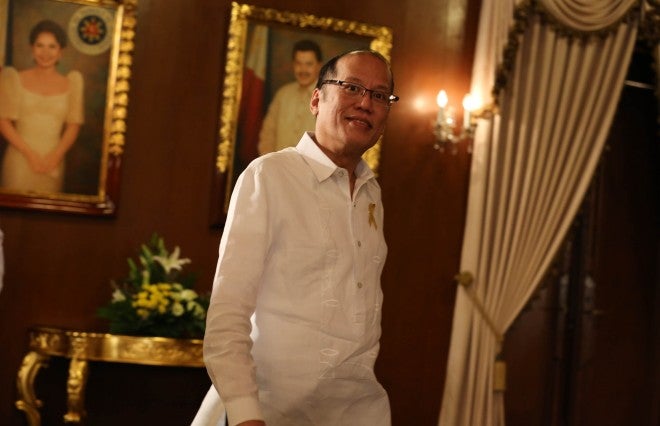 The results of the Fourth Quarter 2015 Social Weather Survey of the Social Weather Stations (SWS), which was first published in BusinessWorld on Wednesday, showed that 58 percent of 1,200 respondents said they were satisfied, 16 percent were undecided, and 26 percent were dissatisfied with the performance of the President, putting his net satisfaction rating at a “good” +32.

The President’s current rating is nine points lower from the “good” +41 he obtained last September.

The decline of the net satisfaction rating was attributed to the declines he incurred in Balance Luzon (23 points) and in Mindanao (eight points).

The poll was conducted from December 5 to 8 with sampling error margins of ±3 points for national percentages and ±6 points each for Metro Manila, Balance Luzon, Visayas, and Mindanao.

Presidential spokesperson Edwin Lacierda said that the +32 net satisfaction rating “remains among the highest in history.”

“While these historically high figures encourage us in the administration, we measure success by other metrics that reflect the quality of life of our citizens. The Aquino administration continues to do its work not for survey results but toward the more tangible benefits of good governance―poverty alleviation, job increase, and economic expansion,” Lacierda said.