US executions at lowest level since 1991 | Inquirer News

US executions at lowest level since 1991 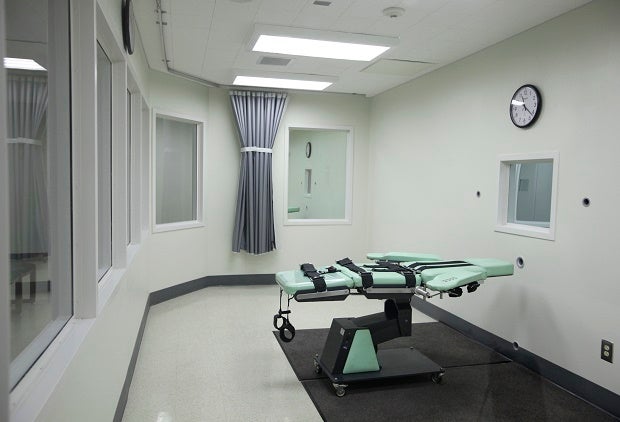 WASHINGTON, United States—The number of people executed in the United States this year dropped to the lowest level since 1991, as states impose fewer death sentences and defendants in capital cases get access to better legal help.

The Death Penalty Information Center, a nonprofit organization that opposes capital punishment and tracks the issue, said 28 inmates were executed as of Dec. 15, down from 35 last year and far below the peak of 98 in 1999.

Another 49 criminal defendants received death sentences this year, down 33 percent from 2014 and the lowest number since the early 1970s.

The numbers reflect a steady decline in death sentences over the past 15 years and a broad shift in public attitudes that has made capital punishment increasingly rare, said Robert Dunham, the group’s executive director.

“What we’re seeing is the cumulative effect of falling public support for the death penalty,” Dunham said.

About 61 percent of Americans support the death penalty in murder cases, according to a Gallup poll in October, but that share has inched downward while opposition has crept up.

While capital punishment remains legal in 31 states, only six states accounted for all the executions this year—Florida, Missouri, Georgia, Oklahoma, Texas and Virginia. That’s the fewest since 1988.

Texas led the way with 13 executions, followed by six in Missouri and five in Georgia. But Texas imposed only two new death sentences this year, while Georgia and Virginia had no new death row inmates.

The total number of death row inmates nationwide is now below 3,000 for first time since 1995.

A shortage of lethal injection drugs has meant de facto freezes in several states, including Ohio and Nebraska. In Arkansas, a judge halted executions of eight inmates amid a legal fight over whether the state can keep secret the identity of manufacturers and sellers of its execution drugs.

Oklahoma recently said it was halting all executions until well into next year while officials investigate two botched lethal injections and a third that was called off because the wrong drug was delivered.

Earlier this year, the Supreme Court upheld Oklahoma’s use of a controversial sedative in lethal injection executions, but two justices said for the first time they think it’s “highly likely” the death penalty itself is unconstitutional.

Death penalty opponents are hoping the high court eventually will abolish the death penalty as cruel and unusual punishment which is banned under the U.S. Constitution. Even Justice Antonin Scalia, a longtime defender of capital punishment, told an audience this year that he wouldn’t be surprised if the court invalidates the death penalty.

Another factor in the recent decline is improved legal representation for defendants. Georgia, Texas and Virginia have all created statewide capital-case defender programs staffed by attorneys who specialize in those cases.

Since 1973, more than 150 people who had been sentenced to death have been exonerated after presenting evidence of their innocence. Six death row prisoners were cleared of all charges this year.

“There is a very significant relationship between providing defendants good representation and the outcomes of capital cases,” Dunham said.

Other factors cited in the decline of executions include the high cost of death penalty prosecutions and states such as Texas and Virginia now instructing juries that they have the option of sentencing capital defendants to life without the possibility of parole.