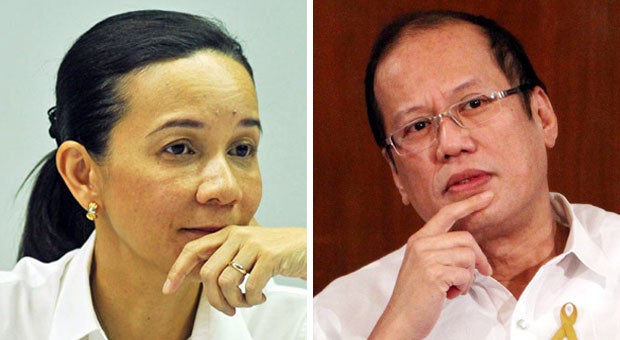 President Benigno Aquino III was right in saying that nobody just wakes up to a better future, “especially not someone who does not have the people’s mandate,” Senator Grace Poe said on Friday.

Aquino mentioned a candidate who promised to exceed what his administration had accomplished by making promises but without mentioning how this candidate would do it.

(Perhaps he/she thought that if he/she would be elected, he/she would wake up one morning with a solution to all the problems he/she had mentioned.)

Poe, who felt alluded to by Aquino’s statement, agreed.

(Our President is correct in saying that this is not an easy process. We are in this together. This is why it is important for the leader whom we will elect is the one truly chosen by the people.)

The senator reiterated that the country needed someone who can build and lead a government that is open, transparent and accountable, so that it would have the people’s support in its pursuit of genuine inclusive growth and global competitiveness.

(We can see that President [Aquino] has a mandate. He has done a lot, but it still has not been easy. All the more for a person who was not truly chosen by the people.)

Poe made the remarks in Surigao where she and running mate Sen. Francis “Chiz” Escudero presented their platform of government to various groups, despite a recent ruling by the Commission on Elections’ (Comelec) Second Division cancelling Poe’s certificate of candidacy for president.

She earlier said that she would appeal the decision before the Comelec en banc and if necessary, she would take her battle to the Supreme Court “because she is fighting for the people’s right to choose their leader.”

Poe said the Philippines, with its problems in agriculture, employment and corruption, could not afford to have a leader that does not have enough will to deliver results. She has often pointed to the country’s mass transport system as proof of some officials’ incompetence and neglect.

(This is why it is also important that whoever takes the seat, first and foremost, must have integrity and is sincere. Secondly, [he or she] must move swiftly because a problem will only worsen if not acted upon immediately.)

Despite Aquino’s criticisms, Poe said she would continue to hold the President “in high regard even as the political discussions heat up leading to the 2016 elections.”

(For me, we both love the country and we are both hoping that the country’s problems will come to an end.) CDG

Poe thanks Aquino for ‘support’ amid disqualification cases