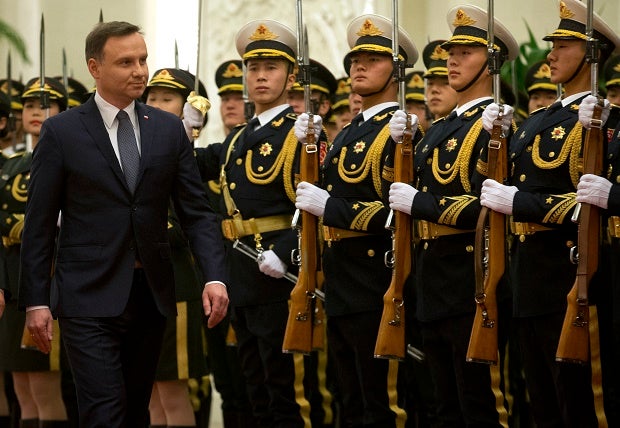 WARSAW, Poland—Poland’s president on Thursday ignored an order by the Constitutional Court to swear in three judges picked by the previous parliament, deepening a feud with his political rivals and escalating a constitutional crisis.

In a special televised address on Poland’s TVP public broadcaster, conservative President Andrzej Duda said he stood by his decision to instead appoint four other judges to the Constitutional Court, who were already hastily sworn in during a late-night ceremony on Wednesday.

Duda’s defiance marks the latest salvo in a row between the Law and Justice (PiS) party, which won an October election and backs the president, and the defeated liberal Civic Platform (PO), over which judges should serve in the country’s top judicial body.

Duda, who was elected in May, has argued that the former liberal parliamentary majority “violated the democratic order” by appointing two new judges before their predecessors’ terms were up, in addition to selecting three further judges.

While the Constitutional Court earlier on Thursday agreed that two of the five judges were chosen prematurely, it also faulted Duda for refusing to swear in the remaining three who were appointed in line with the constitution.

Duda, a trained lawyer, made no mention of the court ruling in his TV address to the nation.

But he justified his decision to swear in the four judges of the current parliament’s own choosing, saying he wanted to “put an end to useless quarrels that are sapping the authority of the most important institutions of state.”

Those justices were picked by his allies in a new parliament controlled by the right-wing PiS government.

Experts in constitutional law, including one of his own professors, have accused Duda of violating the constitution.

The spat over the judges has spilled onto the streets, with supporters of each side taking part in opposing demonstrations outside parliament on Wednesday night.

Demonstrators again gathered in the capital on Thursday, outside the court this time, where they were kept apart by police and later outside the presidential palace.

The two crowds traded insults, each side insisting it was defending democracy, although they set aside their differences at one point to sing the national anthem together.