Mar Roxas to Grace Poe: Why me? 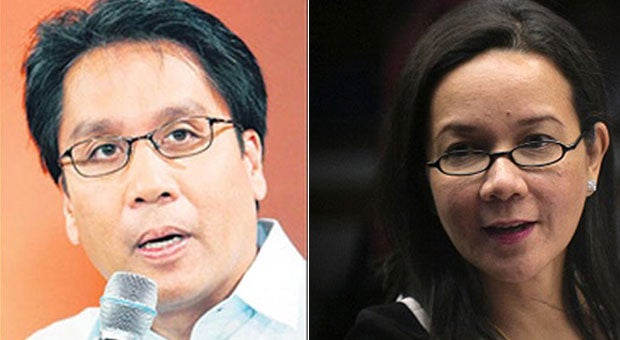 A rival presidential candidate, Sen. Grace Poe, has claimed that Roxas was behind Tuesday’s decision of the Commission on Elections (Comelec) Second Division to disqualify her in next year’s elections.

“Wasn’t it her and her lawyer who filed the papers? Wasn’t she the one who took her oath as an American? She should take responsibility for these and explain instead of looking at me,” Roxas said in a statement on Thursday.

He said that he was aware that Poe’s “feelings were hurt” after the Comelec division voted 3-0 to nullify her certificate of candidacy for President because she was two months short of the 10-year residency requirement.

“All of us suffer internally because we don’t get what we want, right? But it doesn’t mean that if what happened is not to our liking, we’ll go out and destroy institutions and plant seeds of doubt. Let’s respect the rule of law, let’s respect the institution. These are constitutional bodies and they are independent,” Roxas said.

Roxas said that instead of finding someone to blame, the senator should just answer the disqualification cases against her. He said no one was stopping her from going to the Supreme Court to appeal the Comelec ruling.

He said he was one with Poe in seeking a fair and speedy resolution of her cases because the people were getting “confused” about her status.

A day after the Comelec handed down its decision, Poe said: “Who else would benefit from this? [There’s no one else] but my two rivals who, I’m sure, had sent their people to file these cases.”

Roxas said he did not know the individuals and groups seeking Poe’s disqualification and did not want to comment on her case because she was a rival.

Roxas to Gordon: Name LP member who ‘approached’ him to file case vs Poe