The Commission on Elections (Comelec) Second Division on Tuesday ruled to disqualify Sen. Grace Poe from the 2016 presidential race for making false statements about her period of residency in the country and her status as a natural-born Filipino.

Ruling on the first of four disqualification cases against Poe before the poll body, the three-member division granted the petition of former Government Service Insurance System (GSIS) lawyer Estrella Elamparo asking the poll body to cancel the certificate of candidacy (COC) for President that Poe had filed.

“Respondent’s representations as to her citizenship and period of residency in the Philippines are both on a material matter and both false,” the Second Division said in its ruling that was promulgated on Tuesday.

“[In] view of all the foregoing considerations, the instant petition to deny due course to or cancel certificate of candidacy is hereby granted. Accordingly, the certificate of candidacy for President of the Republic of the Philippines in the May 9, 2016, national and local elections filed by respondent Mary Grace Natividad Sonora Poe Llamanzares is hereby canceled,” read the resolution by the division chaired by presiding commissioner Al Parreño.

The two other commissioners comprising the Second Division are Arthur Lim and Sheriff Abas.

Expressing disappointment over the ruling, Poe on Tuesday night said she would contest the decision before the Comelec en banc.

READ: This is not the end of the process, says Grace Poe / Escudero: Poe can appeal disqualification before Comelec en banc

“I am disappointed in the decision, but this is not the end of the process. We will continue to fight for the rights of foundlings and the fundamental right of the people to choose their leaders,” Poe said in a statement.

“I maintain that I am a natural-born Filipino and have complied with the 10-year residency requirement based on settled applicable jurisprudence,” Poe said.

She said her “critics will use any excuse to exclude me, much like they tried to do when FPJ [her adoptive father Fernando Poe Jr.) ran for President, and in the process disenfranchising the people as well.”

“They show a lack of trust in the ability of Filipinos to make the right decision,” she said.

Poe Jr., who ran for President in 2004, was also subjected to disqualification cases over questions of citizenship.

“I have faith in the process, and we are confident that the Comelec en banc will side with the interest of the people,” Poe said.

On the issue of residency, the resolution said there was a deliberate attempt on Poe’s part to mislead, misinform or hide a fact when she stated in her COC for President that her period of residency in the Philippines up to the day before the May 9, 2016 elections was 10 years and

“This was material but false … in so declaring a residency of ‘10 years and 11 months’ in her present COC, she deliberately attempted to mislead, misinform or hide a fact from the electorate for the reason that such declaration was false based on her own COC for senator in 2013. Her statement in her present COC for President that she has been a resident of the country since November 2006 can be given only one interpretation, which is that it was intended to create the impression on the unsuspecting electorate that she is compliant with the residency requirement, hence, eligible to run when actually she is not,” the resolution reads. 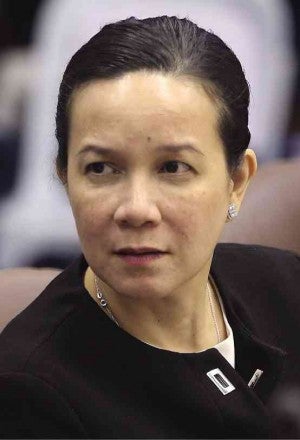 POE: Disappointed but this is not the end

Based on Poe’s own 2013 COC for senator, which the commissioners said remains an official document to this day, Poe shall have been a resident of the Philippines for only nine years and six months up to the day before the May 9, 2016, elections, the resolution said.

“All told, respondent’s deliberate action of contradicting the sworn data earlier given in her 2013 COC betrays an indubitable attempt to mislead or misinform the electorate and hide from them the fact that she is actually not compliant with the requirement prescribed in the Constitution that a candidate for President of the Philippines should have been a resident of the Philippines for at least 10 years immediately preceding the election,” it said.

On the issue of Poe’s citizenship, the Comelec noted that while the candidate did not commit material misrepresentation, she still failed to prove that she is indeed a natural-born citizen.

“Consequently, it stands to reason that respondent’s claim in her subject COC that she is a natural-born Filipino citizen is false,” they said.

The Comelec Second Division said that it would have wanted to declare Poe eligible to seek the highest position in the land, saying she is not only popular and is potentially a good leader.

“However, it is our bounden duty to resolve the case by applying the Constitution, law, jurisprudence, and none other,” it said.

On Dec. 3, Poe’s camp is set to submit its memorandums on the cases in the First Division, which is composed of Commissioners Christian Lim, Luie Guia and Rowena Guanzon.

All the way to SC

In a press conference just minutes after the Comelec decision was announced, Poe spokesperson and Valenzuela Rep. Rex Gatchalian said they would appeal the decision in the Comelec en banc and were confident that the poll commissioners would collectively decide in favor of Poe.

He pointed out that the Comelec Second Division has only three members while the Comelec en banc has seven.

He said this was just the first step in a legal process that would ultimately be decided by the Comelec en banc and the Supreme Court.

“This is just a decision of the Second Division. She is still a candidate for President and her name will remain on the ballot. We will exhaust all legal remedies, including appeal to the Comelec en banc. We believe that collectively they (Comelec) will see the merits of our case,” said Gatchalian.

Gatchalian insisted that Poe has been domiciled in the Philippine since 2005, which he said meant that she has more than sufficiently met the 10-year residency requirement.

He cited a similar case involving Ilocos Norte Rep. Imelda Romualdez Marcos in which he said the Supreme Court “declared that what matters was not what you wrote on the COC.”

“She was not guided by a lawyer when she was filling up her COC. The technicalities filing a COC can be complicated and daunting for non-lawyers,” he said.

Poe camp on disqualification: There is no ‘Plan B’

Poe is ‘biggest loser’ with Duterte’s entry into race—Osmeña