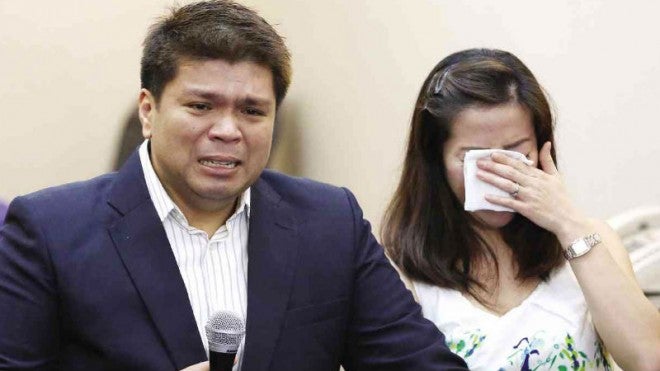 Former Iglesia ni Cristo (INC) minister Lowell Menorca II was not able to be put under direct examination as lawyers representing Iglesia officials questioned the veracity of his affidavit, saying that it has served as a means to peddle “incompetent” and “inadmissible” evidence.

In Tuesday’s hearing at the Court of Appeals (CA), Menorca was just barely warming his seat after stating his name for the record before the INC lawyers objected to his affidavit where he detailed his alleged abduction last July.

The INC lawyer said that the questions in Menorca’s affidavit were “broad, open-ended and indefinite,” which supposedly violate the Judicial Affidavit Rule.

The lawyer of the respondents claim that the 53-page affidavit was replete with the question ‘What happened next?’ which supposedly allowed Menorca to ramble on “like a broken record.”

“The affidavit of Mr. Menorca does not seem like a judicial affidavit but a scripted, melodramatic soap opera complete with tearjerker scenes,” he said.

In their defense, the lawyers of the former minister said that the question was logical to be asked so that the details of the supposed abduction could be ferreted out from Menorca.

“It is only a matter of cross-examining the person. The objective of this proceeding is to find out the truth. He (Menorca) is the source of everything in this petition so let’s ask him if he’s telling the truth,” Atty. George Ahmed Paglinawan said.

The justices of the CA’s 17th division seemed to like the suggestion of Menorca’s camp as they asked the counsels of the respondents if they would be amenable to conducting a cross-examination on Menorca in the interest of expediting the proceedings.

However, Atty. Patricia-Ann Prodigalidad, one of at least 10 lawyers of the Iglesia camp, did not concede and prayed that the Court rule on each of the 117 objections that they raised on specific portions of Menorca’s affidavit before they begin the cross-examination.

“We apologize that the objections are too many. But that is the result of the fact that the affidavit was taken in such a manner.”

“We understand that the Court wants to expedite but we could not think that expediting the proceedings in the expense of our respondents’ rights to object incompetent, inadmissible evidence,” Prodigalidad said.

The justices struck down Prodigalidad’s suggestion saying that it would take too much time.

In the end, both parties settled to have the objections of the Iglesia camp filed in a separate motion which will be filed on Wednesday.

Menorca’s camp would have to give their reply to the motion by December 14.