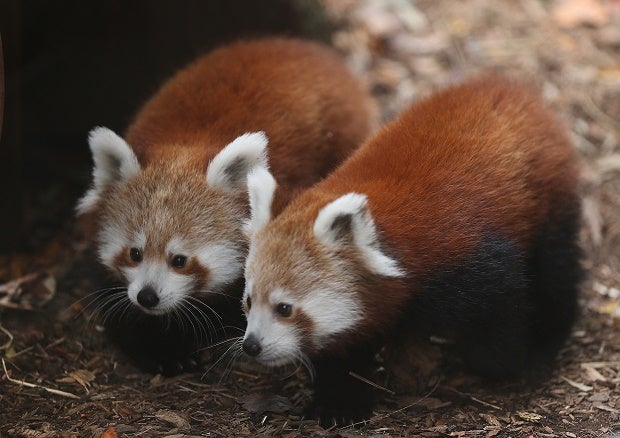 Red panda cubs, born in June, make their public debut at the Philadelphia Zoo, Wednesday, Nov. 18, 2015, in Philadelphia. At left is the female and the male cub is on the right. The cubs have not been named and the zoo wants the public to suggest names. DAVID MAIALETTI/THE PHILADELPHIA INQUIRER VIA AP

PHILADELPHIA — Two baby red pandas at the Philadelphia Zoo have been named after two of the city’s most famous residents: Betsy and Benjamin.

Officials say the cubs’ birth on June 26 was important for red panda conservation, since the species is considered vulnerable in the wild. The brother and sister made their public debut Nov. 18.

Unlike giant pandas, red pandas are not members of the bear family. They are slightly larger than domestic cats and look similar to raccoons. They are native to Asia.