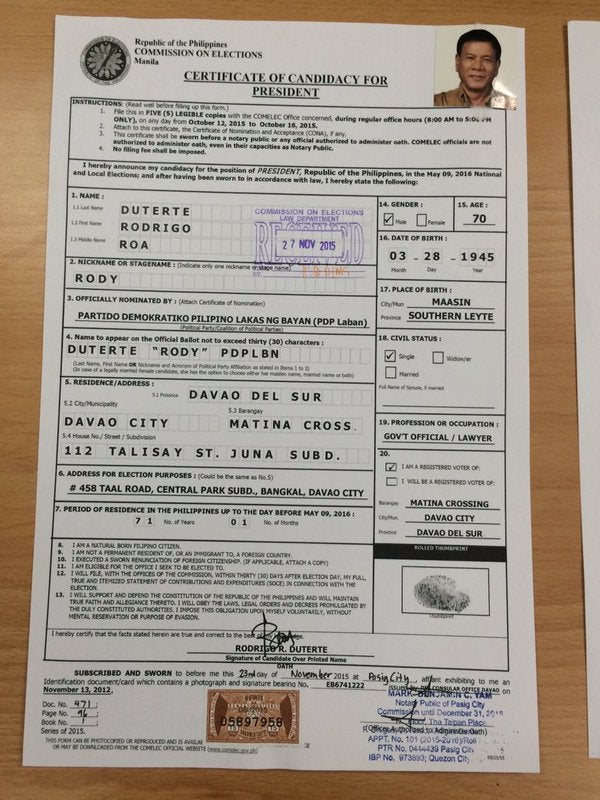 No is now officially a go.

Davao City Mayor Rodrigo Duterte filed Friday his certificate of candidacy for president as the standard-bearer of the Partido Demokratiko Pilipino Lakas ng Bayan at the Commission on Elections’ law department.

Duterte filed his COC through his lawyer Salvador Medialdea. The filing came a month after Martin Diño withdrew from the presidential race amid a petition by the Comelec seeking his declaration as a nuisance candidate.

Among the documents he submitted was a list of priority programs he wishes to implement if elected as Philippine president. These included “streamlining bureaucracy by introducing digital systems and technologies” and “values formation in all elementary and high schools nationwide.”

The development came shortly after Duterte withdrew his COC for reelection as Davao City mayor at the Comelec regional office. His daughter Sara Duterte was said to replace him as as candidate for mayor. IDL