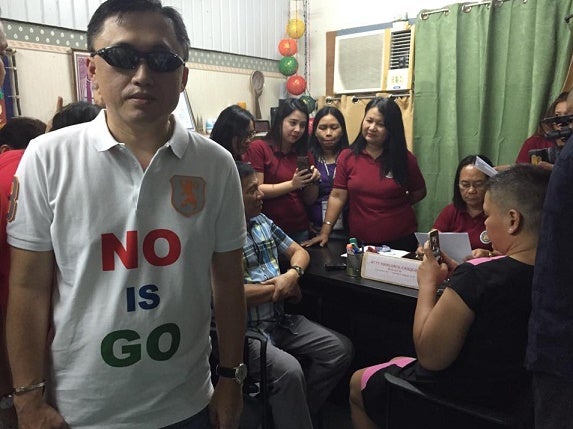 This, after he announced on Saturday, November 21, that his candidacy for the presidency was already “on the table.”

Duterte was accompanied by his daughter, Sara Duterte, who sources claimed was going to be his substitute for the mayoral seat.

Despite the public clamor for him to run for president, Duterte had his aide file his COC for re-election last October 15.

READ: No is No: Aide files Duterte’s COC for Davao City mayor

The Senate Electoral Tribunal’s decision on the disqualification case of presidential aspirant Senator Grace Poe, however, compelled him to run for president. He said that he would file his COC for president on December 10, substituting for Martin Diño of the Partido Demokratiko Pilipinas-Lakas ng Bayan (PDP-Laban). IDL with a report from Germelina Lacorte, Inquirer Mindanao

READ: Duterte to file COC for president on Dec. 10