UN advisers raise alarm at hatred against Muslims in Myanmar 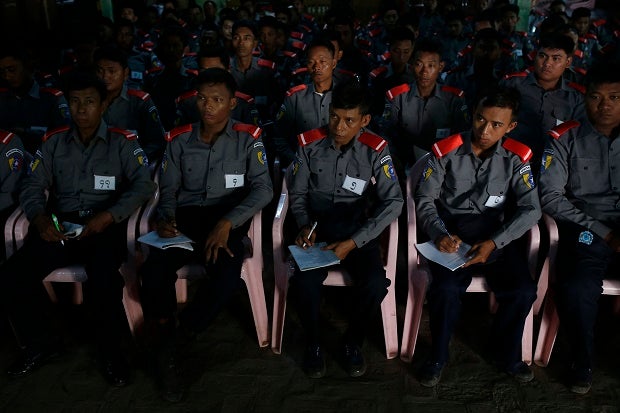 The advisers warned in a joint statement that such advocacy by religious leaders, religious groups and political parties may constitute incitement to violence and is prohibited by international law.

Adama Dieng, the adviser on the prevention of genocide, and Jennifer Welsh, the adviser on the protection of civilians, said the electoral process leading to Sunday’s election has further marginalized religious minorities, especially the Rohingya Muslims who have been stripped of their voting rights and barred from running for Parliament.

The advisers urged Myanmar’s government to publicly condemn and counter any speech that incites discrimination, hostility and violence based on religion or ethnicity. They urged the people of Myanmar to use the elections to show the country’s potential “to be a nation of tolerance and peace.”

The predominantly Buddhist nation of 50 million started transitioning from dictatorship toward democracy in 2011, putting in place a nominally civilian government that won international praise for quickly implementing political and economic reforms. Many have since stalled.

Radical Buddhist nationalists have taken advantage of newfound freedoms of expression to fan prejudices against the long-persecuted Rohingya minority.

Dieng and Welsh said four recently adopted pieces of legislation known as the “Protection of Race and Religion Bills” are “a clear step backward for the protection of fundamental rights in Myanmar.”

They urged the leaders who will form the new government “to show a commitment to democracy, the rule of law and human rights” and to address communal tensions in Rakhine state where most Rohingya live.

Otherwise, they warned, Myanmar will “face the risk of further violence, and potentially, more serious crimes.”