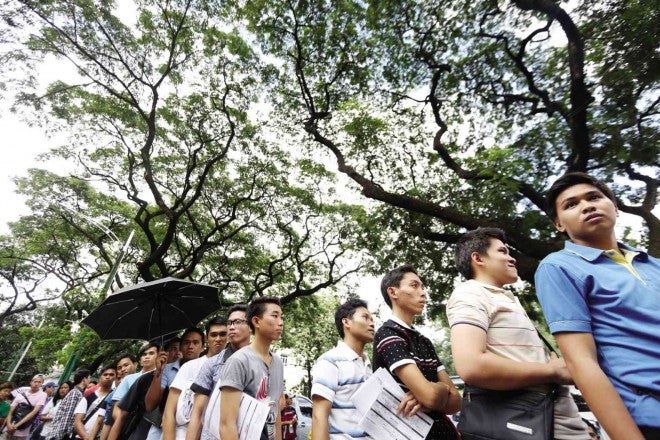 DEADLINE Old habits die hard, or so voters learned, when Metro Manila witnessed a high turnout of poll registrants who lined up for the biometrics requirement during the last days of registration. The Commission on Elections said there would be no extension of the Oct. 31 deadline for voter registration. NIÑO JESUS ORBETA

Call it the “mañana habit” or “Filipino time,” but the deplorable habit among many Filipinos of waiting until the last minute has been blamed for the long queues at the Commission on Elections (Comelec) registration centers and satellite offices, as they try to beat today’s deadline for the nationwide registration of voters for the 2016 elections.

“For the deadline beaters, the Comelec feels bad that you are having a difficult time, but ultimately this is the situation of your own doing. You could have done this much sooner, you could have done this with much less trouble if you (had) registered earlier,” Comelec spokesperson James Jimenez said in a press briefing.

“If you (had) registered even just a month before now, (you would have seen) very short lines then. You could actually complete the process from start to finish in 15 minutes. If you are not having a walk in the park right now, don’t be surprised. It’s not our fault. We are trying to make it as easy as possible for you, but ultimately, the system will have its limitations,” the Comelec official added.

Today is the last day for all first time voters, transferees and applicants for reactivation and biometrics capture to have their names included in the Comelec computerized list of voters for next year’s polls.

Jimenez said that as of Friday, there was no plan to extend the voter registration scheduled to end at 9 p.m. today (Saturday).

“(Comelec) Chair (Andres) Bautista will announce whether it will be extended based on what he (sees) on the field today (Friday),” he said in an interview on Friday.

Voter registration started in May 2014, but would-be voters started flooding Comelec offices only when the scheduled deadline was about to lapse.

Louigi Belda, a 26-year-old hotel employee, said she was too busy at work to have her biometrics taken earlier. Her sister Ysabelle, 22, however admitted she had dillydallied, thinking that the deadline was several months away.

“Before I knew it, the deadline was about to lapse. I should have had my biometrics taken as soon as the registration opened last year,” she rued, adding that she and her sister had to endure at least six hours lining up before they were able to register.

“There are a lot of people,” Jimenez said. “It’s as if there is no end to the number of people coming in to register. Some tend to lose their temper so we have to explain to them the situation (and how) our personnel are taking the initiative to accommodate as many people as possible,” he added.

The Comelec recently extended its office hours from the usual eight to 12 hours, or as late as 9 p.m. since last week to accommodate new voters and those without biometrics data.  The poll body also formed augmentation teams to help staff the registration centers in anticipation of the swell of voters on the last day of the registration period.

The poll body earlier downplayed the possibility of extending the Oct. 31 deadline, saying it might affect its preparation for the May 2016 elections. 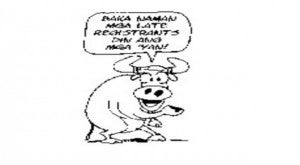 The Comelec Employees’ Union hailed the thousands of poll workers at the frontlines who, they said, have become convenient targets of irate late registrants.

They have been on the receiving end of the aggression of late registrants, all demanding to be accommodated ahead of others, and of the tension and hostility that have become a common occurrence at voter registration centers, the union said in a statement.

Appealing for understanding and patience from the public, the union said: “We barely have enough time to eat and even respond to nature’s call while on duty at registration centers, and yet we are berated and scolded daily by registrants who came in at the last minute. We are doing our best to accommodate everybody. So please spare Comelec employees.”

Comelec reminds 3M voters with no biometrics data: No extension