Caguioa starts ‘learning the ropes’ on first day at DOJ 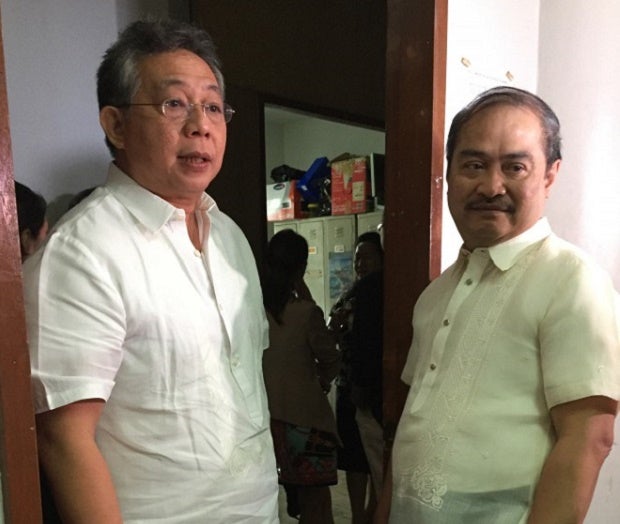 Newly appointed Justice Secretary Benjamin Caguioa buckled down to work on his first day at the Department of Justice (DOJ), meeting with officials of the National Bureau of Investigation (NBI) and Prosecutor General Claro Arellano.

Arellano is head of the National Prosecution Service (NPS), the DOJ’s prosecuting arm.

“I am speaking with PG Arellano and he’s giving me a briefing on the things that are ongoing,” Caguioa told reporters.

Caguioa replaced Leila de Lima who is running for senator in next year’s election.

Caguioa said it is still too early to say what he would do and his plans at the DOJ where he would serve as its chief for the remaining eight months of the Aquino administration.

“I’m still learning the ropes…Wait and see muna tayo (Let’s wait and see for now). I think it’s too early, so give me time to find out. Get my feet wet and then I will engage you after that,” Caguioa said.

Caguioa said the President’s only instruction to him is to do his job professionally.

“The instruction remains the same–do the job. At the end of the day, this is just a job and I want to do it professionally,” Caguioa said.

Caguioa’s tasks include the resolution of the criminal charges filed by Isaias Samson against leaders of the politically-influential religious group Iglesia Ni Cristo and the criminal charges against some 90 members of the Moro Islamic Liberation Front, Bangsamoro Islamic Freedom Fighters and private armed groups who killed 35 elite commandos of the Philippine National Police-Special Action Force in Mamasapano, Maguindanao last January.