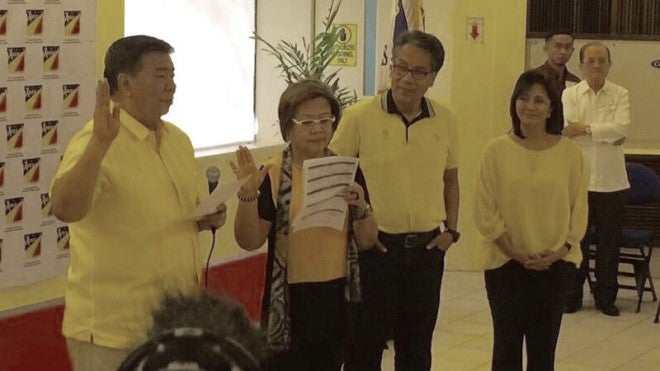 In a brief ceremony on Friday morning, De Lima was sworn in as LP member administered by Senate President and LP vice chairman Franklin Drilon at the Balay Headquarters in Quezon City.

(My decision to face the new challenge in my life is firm. I have no other party to join but the LP.)

De Lima is set to step down as Department of Justice secretary as she had openly declared her Senate bid under the LP.

The announcement of the administration coalition’s senatorial lineup is to be revealed on Monday.

Aside from De Lima, more than a hundred local officials from the provinces of Bulacan, La Union and Bataan also took their oath as members of the ruling party.

Some of the officials transferred to LP from the National Unity Party.