Alan Cayetano: I am running for vice president 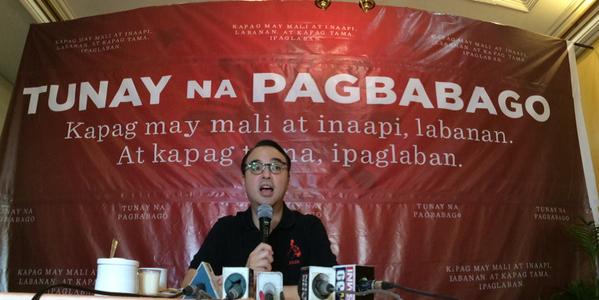 Senator Alan Peter Cayetano announces that he is running for vice president in 2016. INQUIRER MINDANAO

Senate majority floor leader Alan Peter Cayetano on Tuesday announced that he is running for vice president in 2016.

Another senator, Francis “Chiz” Escudero, on September 17 declared that he will be the running-mate of Senator Grace Poe.

Cayetano made the announcement without the official backing of the NP and a running-mate.

He was reportedly being considered by the Liberal Party to run alongside standard-bearer Manuel “Mar” Roxas II. He, however, also expressed intention to be the running-mate of undecided Davao City Mayor Rodrigo Duterte.

With Duterte on his mind, Alan Cayetano says no thanks if LP offers VP