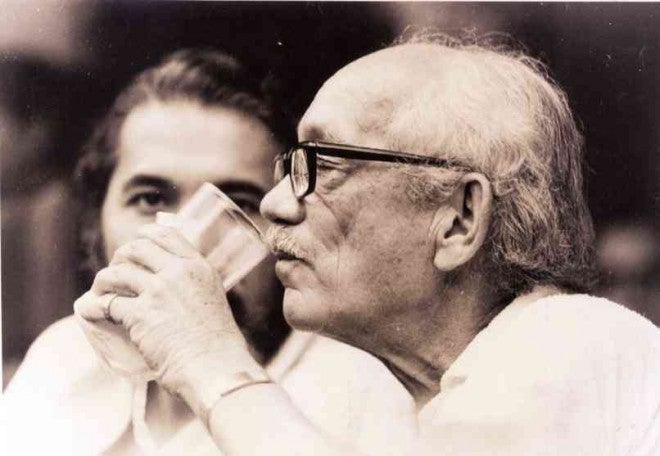 That whole week before Sept. 22, 1972, the University of the Philippines was aflame with rallies and teach-ins. Opposition leader Ninoy Aquino had warned that the declaration of martial law was imminent. Midweek, up to 30 busloads of students had been mobilized for a civil liberties rally at Plaza Miranda.

It was capped that Friday by a bonfire and rally around the UP campus. We headed home past 10 p.m., walking with close friends and significant others down the more dimly lit roads of the campus’ faculty housing area.

Those were heady days. Being able to criticize the government and speak your mind was something the university community had taken for granted—

as were family life, school privileges and the idea of moving on to adult careers.

Looking back, I still sigh at the realization that many of the things we take as givens in life are actually very fragile. Overnight, from just before midnight to the early morning of Sept. 23, everything was shattered: Our house was ransacked, the family torn apart; the university was closed down and neighbors and friends bade quick goodbyes. No teach-in ever prepares you for such a morning after.

We were sprawled on the porch that night relaxing from the exertions of the day’s rally when a professor and some students came running up the steps, calling for my mother, who had already gone to bed. The military was storming the campus, they said, huffing. “They are ransacking the faculty center,” wake up your mom, they urged us.

If anyone would be on the military “order of battle,” it would be my mother, Dolores Feria, a professor of English and a writer who was identified with the radical teachers movement. My American mother and Filipino father had met as students in the United States, married and returned together to the Philippines in 1946. The day she arrived, my mother started teaching at UP.

It was sometime between midnight and 2 a.m. Actually, my mother had already been awakened by our voices on the porch. Professor Rolly Yu, whom we would later nickname “Paul Revere,” advised us to “leave the house immediately,” but not to try to leave the campus because it had been cordoned off by the military.

‘My books, my books’

A meet-up place at dawn when the situation hopefully became clearer was agreed on. Rolly took off as quickly as he came, saying he was going down the street to warn Petronilo Daroy, another teacher identified with the radical movement on campus. Another in the group scurried to see if professors Flora Lansang and Dodong Nemenzo had been warned. 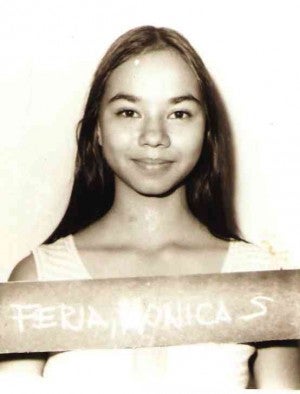 “My books, my books!” my mother repeated frantically, as we helped pile them into a big suitcase and, with the help of friends, dragged it across the backyard and hid it in a bush in a neighbor’s garden. My father, also a literature professor, relieved my mother of her heavy typewriter so she could pack a few clothes before we—my father, my mother, my sister and myself—all dashed off to a neighbor’s house. (A third sister was married and no longer living at home.)

It seemed only minutes later that we heard a truck come to a screeching halt in front of our now empty house. We heard loud raps on the door, then pounding as they broke it down. They turned on all the lights and from a crack in the jalousies of the neighbor’s house, we could see soldiers with Armalites surrounding our house, arm-length apart. We could hear closet doors being opened and banged shut.

Suddenly, we heard bursts of gunfire from afar. It seemed to come from down the road in the direction of the athletic field. We shuddered at the thought of a massacre of students trying to escape. (Only the next day did we learn that the gunfire had come from an encounter just outside the UP boundary between Marcos’ soldiers and the guards of the Iglesia ni Cristo who were defending their radio station. We would learn later, too, that soldiers had smashed their way into dzUP, axed the transmitter tower at the College of Engineering, and took over the UP Press.)

All radio stations went dead. When dawn broke, one of the boarders at the house we were hiding in stepped outside and bumped into a soldier. “Martial law na ba?” she asked, and he nodded.

When it seemed the soldiers had left the area, we ventured out to look around. At a rise in the road, we saw a car driven by a student leader coming to collect those who had escaped the first swoop. Speech and Drama professor Behn Cervantes, one of those who escaped, was already in the car.

My mother, who had by then decided that she would join her students and other colleagues in the underground resistance movement, embraced my father and climbed into the car with her briefcase and typewriter.

We picked up bits of what happened that night from others who had slowly made their way out of their homes. Flora Lansang of the College of Social Work and Community Development and the wife of the late journalist Jose Lansang was the only teacher in our area (Area 1) who was not able to escape.

Lansang’s daughter, Risa, said her mother was taken to the Camp Crame gym where she later shared a room with journalist Amelita Reysio Cruz, a Manila Bulletin columnist, and other women detainees. At the gym’s main court she met up with professor and journalist Hernando Abaya, and later,

Nemenzo, among other academics. It was evident that the academe was only one of many sectors systematically targeted in the initial martial law salvo.

Chino Roces, the publisher of The Manila Times, it was reported, drove himself to Crame when he heard that some of his people had been rounded up. He managed to escape the first swoop because he was not home when the soldiers went to his house.

Among the labor sector leaders were Cipriano Cid, Rosendo Feleo, Bert Olalia and his son Jun, and Ignacio Lacsina. UP student leader Jerry Barican was there with activists from other schools. Also, there were assorted gunrunners and big-time criminals. (It would not be possible to mention all the names of those caught in the first round-up here. Also, we did not really know the big picture at the time.)

I stood on the road with my father watching the car carrying my mother move away from the neighborhood I had lived in for 17 years. We did not know when we would see her again. My father turned to me and told me it was best if the family split up for a while and we agreed on where each should go and how we would contact each other. “Take care of yourself, kid,” he said. More than his words, I could feel the pain of a father having to tell his youngest daughter this. I could not at the time grasp what would happen. All I knew was that sometime during that long night, I had left my girlhood behind.

Epilogue: About a week after the Sept. 22-23 crackdown, my eldest sister and I, together with some friends and neighbors, returned home to clean up and were pounced upon by military agents (they had a lookout in front of the house who was pretending to be an ice cream vendor) and brought to Camp Aguinaldo for questioning. They questioned us for two days about my mother’s whereabouts, before releasing us after failing to get any information. My father, Rodrigo Feria, lost his teaching job that week at the University of the East, a victim of a notorious Marcos order to purge schools of “subversive links.”

We never went back to that house on campus. My eldest sister, Stephanie, migrated to the US. My other sister, Chuki, and I had to look for jobs. Dolores Feria was eventually captured in 1974 together with other UP writers Pete Lacaba and Boni Ilagan. She was detained for two years. She returned to teaching after her release and retired in 1984. Part of this account was refreshed in her essay, “Underground Letter: The Imminent Death of a University,” which is included in her book “Red Pencil, Blue Pencil.” She wrote two other books, including “The Barbed Wire Journal,” a prison diary, before her death in Baguio City in 1992 at the age of 73.