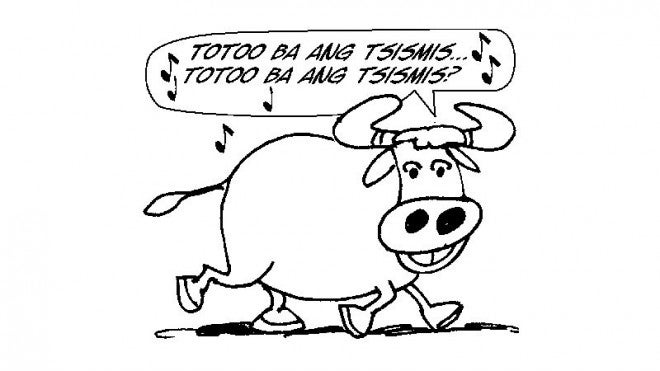 In the dark days before Twitter, Facebook and Instagram and at the height of martial law in the 1970s, rumors about celebrities often spread like wildfire, particularly if the stories had a political component.

A TV host arrested for cracking a joke about cycling? A singer doused with muriatic acid by the wife of a powerful man? A handsome actor’s suicide and the rape-abduction cases of pretty celebs linked to the scion of an influential Cabinet member? Endless speculation about the parentage of kids of the rich and famous?

Some of these martial law tales assumed urban legend stature and are still whispered about until now, even if the main protagonists have denied these intrigues as hogwash.

Perhaps these urban legends perform a social function—either they sow fear and infect the populace with paranoia, or they divert the attention of the masses from the very real problems of the country.

‘We should never forget’

Performance activist Mae Paner, aka Juana Change, remembers these rumors all too well.

“They initially distracted people but then once they realized that if these things could happen to celebrities who were popular, what more to ordinary people? Afraid!”

For scriptwriter Ricky Lee, a political detainee during the martial law years, urban legends “should not spread fear or distract but rather remind us that those incidents could happen again … that we should never forget.”

Some of the yarns:

He was purportedly whisked off to Camp Crame, where he was ordered to huff and puff away on a bike.

In a 2010 interview with the Inquirer, Ureta denied the rumor. “It didn’t happen though the story went around the world and back. A lot of people claimed they heard it, but no one actually saw it on TV.”

“Imee and her siblings Bongbong and Irene were fans of my old show ‘Twelve O’clock High,’” Ureta recalled.

In a twist rivaling a telenovela cliffhanger, Soriano underwent reconstructive surgery and emerged from the hospital looking eerily like La Imeldific.

In a 2008 interview with the Inquirer, Soriano denied those stories as idle chatter. “There is absolutely no truth to it … If I had plastic surgery as early as then, I wouldn’t be able to talk or open my mouth now.”

She admitted she became a pariah because of the controversy. “My career suffered. I couldn’t get jobs … because people were afraid to offend the Marcoses.”

She eventually weathered that stormy chapter in her life. She surmised that “the rumor was probably spread by a jealous wife of an admirer. I am only guessing. I am only trying to analyze what went wrong.”

Here are other urban legends that spread during the Marcoses’ heyday:

Fast forward to now: The senator reportedly laughs off the rumor whenever it is brought up by reporters.

Anido had just quarreled with his girlfriend Katrina, the minister’s daughter, when Jack purportedly killed him. Anido’s death was reported as a suicide.

Enrile addressed the issue in his autobiography “Juan Ponce Enrile: A Memoir,” published in 2012.

“To create the impression in the mind of the public that Jack had something to do with the death of … Anido, General (Fabian) Ver unleashed his attack dogs to fish for evidence against Jack. Naturally they found nothing because the rumor … was a pure fabrication.”

Enrile wrote that Ver devised the conspiracy to get even because the former was reportedly pursuing an investigation into the latter’s role in several attempts to kill a rival over a woman.

‘Flavor of the month’

Even back then, actress Amalia Fuentes, mother of Liezl, vehemently denied the scuttlebutt in a magazine interview.

In a 2012 interview with the Inquirer, Jack Enrile, then running for senator, discussed the rumor.

“Dad was not the flavor of the month,” he said of his father. “People were trying to hit him and the easiest way to hit him was through me. I developed an atrocious reputation in this country and people started to ride on that. The Alfie Anido suicide was attributed to me, the Liezl and Pops (alleged abduction and rape cases) were attributed to me,” he recounted. “I never met them (Liezl and Pops) and I don’t think they knew what I looked like then.”

They were also targets

Such intrigues, which would surely be dredged up again come election time, have been met with repeated denials in the past.

In a 2015 interview with the Inquirer, Poe denied that Marcos was her biological father.

Poe told the Inquirer that she had asked the veracity of the story from Roces, who assured her there was no truth to the gossip.

“Now, if there are people in show biz who can prove it, it’s up to them but I believe my mother and it’s not really true,” Poe said.