Sarmiento vows not to use DILG, PNP for partisan politics | Inquirer News

Sarmiento vows not to use DILG, PNP for partisan politics 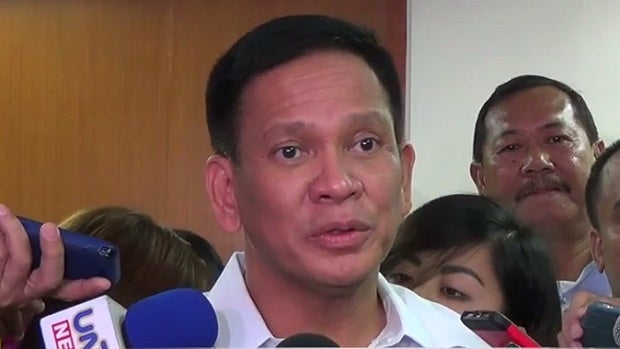 Newly appointed Interior Secretary Mel Senen Sarmiento on Thursday vowed not to use the Department of Interior and Local Government (DILG) and the police force for partisan politics in the 2016 elections.

In an interview after the budget hearing of the DILG at the House of Representatives, Sarmiento, LP Secretary General-on leave, said it would not be fair to local officials from different parties under him if he were partisan.

The DILG has direct supervision of the PNP.

(Then I will just take a leave from DILG to make sure that it is not used in partisan politics. That will not happen. The public can expect that the DILG will not be used that way.)

He said he as a former mayor experienced harassment by the police because of politics.

(The police will not be used in the elections. I was also once a candidate and I experienced being harassed, and I don’t want others to experience it.)

He said he was a mayor at the time of the late Interior Sec. Jesse Robredo’s death due to a helicopter crash.

(There are existing programs when Jesse Robredo was still alive—these were the programs we discussed the DILG will provide us when we were still mayors. He already started implementing these programs, but he died. I told him during his wake, “Just when we have gotten the ball rolling, you have left us.”)

Sarmiento took over the DILG post after Manuel “Mar” Roxas II resigned to pursue his presidential bid under LP in 2016.

The appropriations committee dispensed with the interpellation of lawmakers over the budget owing to the fact that Sarmiento had just been appointed to the DILG post.

“It’s been our tradition to dispense with the budget briefing of a new member of the Cabinet. We support our former colleague. We’re confident he will lead the DILG with utmost dedication, loyalty and integrity. He deserves our support so we should give this day to honor to honor him,” Cagayan De Oro Rep. Rufus Rodriguez said.

Sarmiento said he would only be deemed resigned from his post once he has taken his oath of office.

Read Next
Everything is awesome about Lego Vatican on view in Philly
EDITORS' PICK
New PS-DBM director says DepEd laptop MOA ‘not legal’
House energy committee chair Arroyo bats for cheap electricity
Motorcycles, smartphones, and cash prizes up for grabs in TNT’s ‘Tuloy Ang Saya’ Raffle in Mindanao
Look Through: Super Typhoon Karding barrels through parts of Philippines
DA: Karding farm damage to jack up rice, veggie prices
Do all the things you do, faster
MOST READ
Shopee PH gets flak for getting Toni Gonzaga
Robredo’s tarpaulin portrait at Palace just a ‘placeholder’
Robredo supporter tackles elephant in room: No massive fraud in 2022 polls, surveys were just right
New PS-DBM director says DepEd laptop MOA ‘not legal’
Don't miss out on the latest news and information.