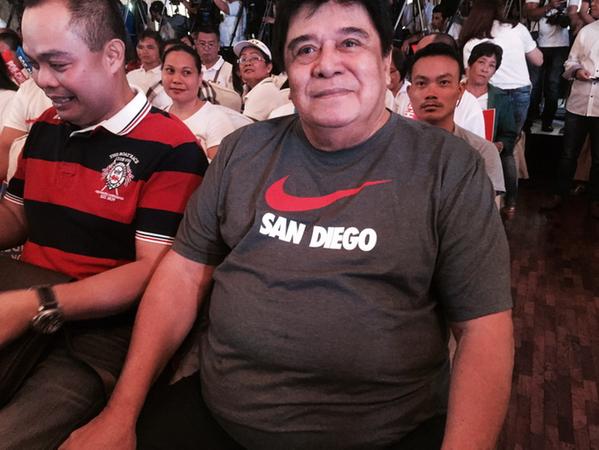 Poe declared her presidential bid Wednesday, while Escudero is expected to be named by Poe as her running mate in a gathering of supporters at the Club Filipino in Greenhills, San Juan.

READ: Grace Poe: I’m your next President | Escudero supporters troop to Club Filipino ahead of announcement

Jalosjos was among the supporters who showed up in the gathering.

He said he supported the two senators when they ran in 2013. Maila Ager/IDL