College is the time to break barriers for PWDs | Inquirer News

College is the time to break barriers for PWDs 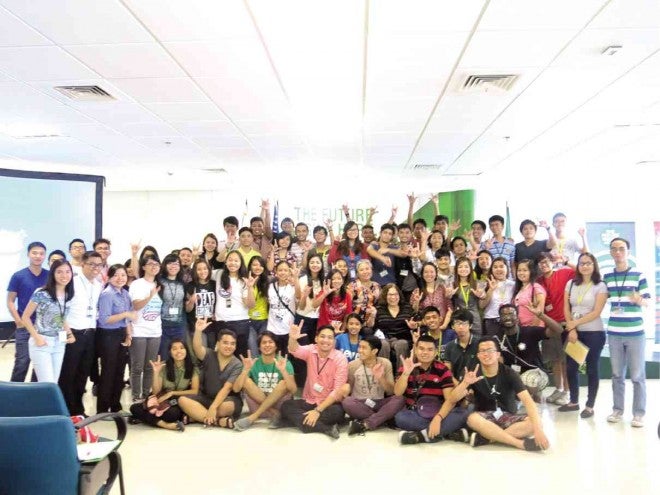 In the late 1960s, a young woman in a wheelchair sued the New York Board of Education for not allowing her to teach because she could not walk.

Now 67, special adviser for international disability rights Judith Heumann continues to break barriers for people with disabilities (PWDs) around the globe with the same vibrant spirit she displayed decades ago.

On her recent visit to the Philippines, Heumann encouraged hearing-impaired students at De La Salle-College of St. Benilde (DLS-CSB) to follow her lead by scrutinizing laws against discrimination and going to court, if necessary.

“Look at what you can do to uphold the laws for PWDs here in the Philippines,” she told over 50 students through a sign language interpreter at the De La Salle University library.

“What are some of the barriers you face and what does the law have to say?” asked Heumann, who was paralyzed after contracting polio when she was only 18 months old.

Heumann noted that, unlike in the United States where most students with disabilities were in regular schools, most children with disabilities in the Philippines were not in school and many of those who attended classes were in separate institutions so they were not learning with able-bodied students.

“We’re trying to remove barriers so people with disabilities have the same opportunities to study, to get jobs and live in a community where disability is not a barrier,” Heumann said.

Just as she was turned down for a teaching job, some students told Heumann that companies had rejected their applications for internship because of their disabilities.

Heumann applied for a teaching license after graduating from Long Island University in 1969 with a degree in Speech and Theater, and a minor in Education. But the New York board wrote her, she said, “denying me my job because I could not walk.”

Then only 21, she sued the board and got her license after a couple of months.

Today, she said, she would not have to go to court because of the Americans with Disabilities Act (ADA) of 1990.

For decades, Heumann had been active in protests and street rallies urging the US government to enact the landmark ADA promoting equal opportunities, independent living, integration and economic self-sufficiency for PWDs.

The struggle was highlighted in the film “Lives Worth Living,” which was screened before Heumann talked and answered questions from the audience.

Since the ADA was signed into law by President George H. W. Bush in 1990, discrimination against PWDs became illegal and agencies like the Equal Opportunities Commission (EOC) have been working to ensure its proper implementation, she said.

The law allows PWDs to file job discrimination complaints against employers directly with the EOC.

Like the US government agency, the Philippines’ National Council on Disability Affairs monitors the implementation of laws protecting the rights and privileges of PWDs such as Republic Act No. 10524, amending RA 7277, the Magna Carta for Persons with Disability, and RA 9442, which promotes equal job opportunities and reserves one percent of all positions in government agencies for PWDs.

Other laws and principles on disability rights are the Accessibility Law or Batas Pambansa 344; RA 6759 or the White Cane Act; International Labor Organization Convention No. 159; Vocational Rehabilitation of Persons with Disabilities and Executive Order No. 134, Series 2013, which grants a monthly carer’s allowance of P575 to pensioners in the public sector with permanent, partial or total disability. (The Employees’ Compensation Commission implements the EO.) 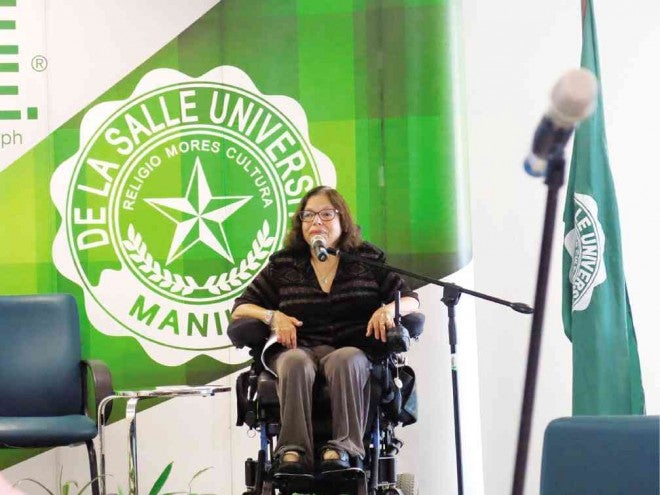 Under the law, companies should provide equal benefits, compensation, privileges and incentives to qualified employees with disabilities and those who are able-bodied. Terms and conditions of employment should be the same for both.

“The law is only good if it has language that says if someone violates the law then there is an action that will happen,” Heumann said.

She said the government had to ensure correct implementation of laws or the people would lose confidence in it.

Heumann, who set up Disabled in Action in the 1970s with other PWDs so they could be more involved in policy-making, stressed the importance of collaboration.

The disability rights movement in the United States was strengthened by efforts to learn from each other, she emphasized.

“As college students, now really is the time to look at laws and work with elders or people who are more experienced,” she said.

Heumann advised students to analyze Philippine laws and compare them with the ADA.

Inspired by the film and Heumann’s life, Applied Deaf Studies sophomore Karlo Bustamante said through an interpreter that he wanted to study more and become a lawyer “so I can advocate for the deaf community and other PWDs. I want to help people.”

The 20-year-old student, who is secretary of the Philippine Federation of the Deaf Youth, said Filipinos could “learn from what happened in the US because I think the Philippine government is not aware. They have yet to recognize the needs of PWDs.”

Bustamante said, “We need to advocate. Maybe in the future, the Filipino PWD community can also ask other people, gather support not only in Metro Manila but also in the provinces.”

Many changes have to be made in the country, from access to work and education to how the society treats PWDs, Bustamante said.

“Families need to be aware how to manage PWDs,” he said. “They think we cannot learn.”