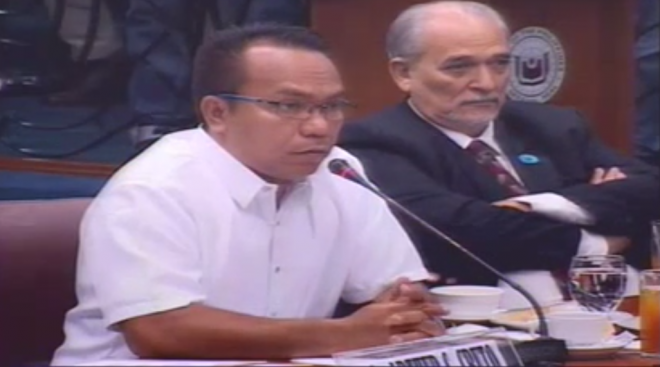 Cruto, officer-in-charge of the Makati Action Center (MAC), exposed thousands of alleged “ghost” senior citizens in Makati that is costing the local government some P367 million a year.

Joey Salgado, head of Binay’s media affairs, said that based on the records of the city Accounting Department as of August 26, 2015, Cruto had failed to submit liquidation documents for two cash advances he made over 10 years ago.

Salgado then urged Makati Acting Mayor Romulo Peña Jr. to order Cruto, who was also a former executive assistant of ex-Makati Vice Mayor Ernesto Mercado, to settle the unliquidated cash advances he made in 2004 and 2005.

“We would like to remind the acting mayor that he had personally vouched for the ‘untarnished’ employment records of his appointees. It would do him well to take a closer look at the records of his other appointees to ensure that they do not have outstanding obligations like Cruto,” he said in a statement.

Binay camp noted that it was the acting mayor, who appointed Cruto to head the MAC, which has been tasked to conduct a survey of the senior citizens throughout the city.

The supposed cash advances were made during the term as mayor of Binay, who is accused of involvement in billions of pesos in anomalies in the city. Maila Ager