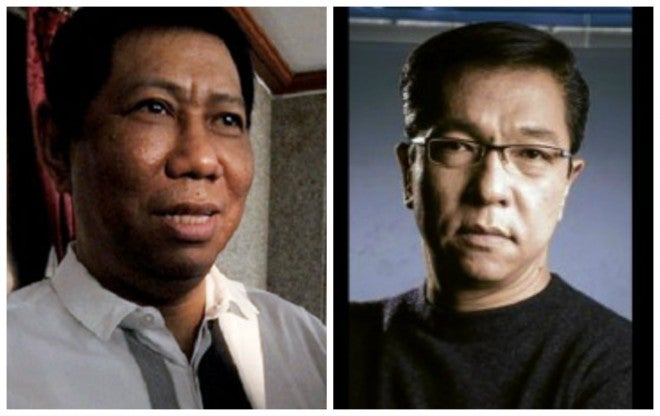 said he would like television broadcaster Ted Failon to become the traffic czar for Metro Manila.

In a text message Thursday, Erice said he was urging President Benigno Aquino III to appoint Failon as traffic czar.

“Mr. Failon knows the problems and has been articulating sound solutions to our annoying traffic problem. Failon is exposed to the problems, knows the stakeholders and familiar with government procedures,” said Erice, a member of the Liberal Party (LP).

“Ted is perfect. He can rally the motorists to cooperate and follow traffic rules,” he added.

Erice made the suggestion a day after Tolentino played traffic enforcer and drew negative reactions, especially as he was being eyed to run for the Senate under the LP.

Tolentino acted as an enforcer a few days after an online petition was posted in Change.org calling for his resignation over his failure to solve the traffic woes in the metro.

Netizens bashed Tolentino for only being good at photo opportunities and for his act as only “for show.” Some praised him still for his efforts.

Tolentino has refused to make a comment on the backlash.

Tolentino had been seen tagging along LP standard bearer Interior Secretary Mar Roxas in touring the country months before the 2016 presidential elections.