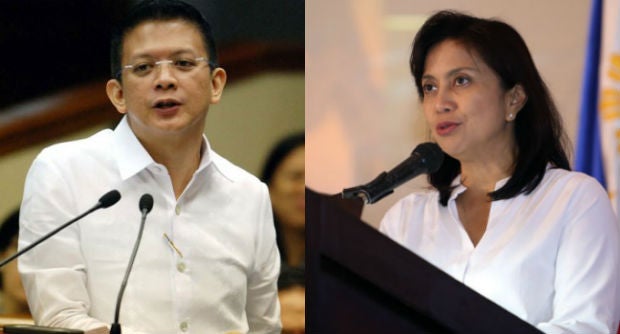 If her campaign is properly handled, Camarines Sur Representative Leni Robredo could be a “runaway” winner in the vice presidential election next year, Senator Sergio “Serge” Osmeña III said on Thursday.

Asked why, Osmena said: “It’s so hard to explain these things but she has the appeal.”

Aside from her appeal, the senator said, Robredo should also be exposed to the national audience.

“But I’ve seen many people come and go in this business …and normally once in a rare blue moon, you can spot somebody that, ito (this one) she’s going to be attractive,” she said.

Osmeña though acknowledged that Escudero also has an appeal that was why he was ranking high in the surveys.

But if Robredo is “packaged properly and she develops the right message,” Osmeña said she could even be a “runaway winner.”

“Leni is the best candidate for vice president,” he said.

He clarified that he is not a member of the administration’s Liberal Party as he was just giving his own observation.

The LP is eyeing Robredo as Local Government Secretary Mar Roxas’ running mate if the party fails to convince Poe to run with Roxas. Escudero, on the other hand, has been reported as Poe’s preferred vice president should she run for president. Poe, Escudero and Robredo have been noncommittal when discussing their plans for 2016. IDL