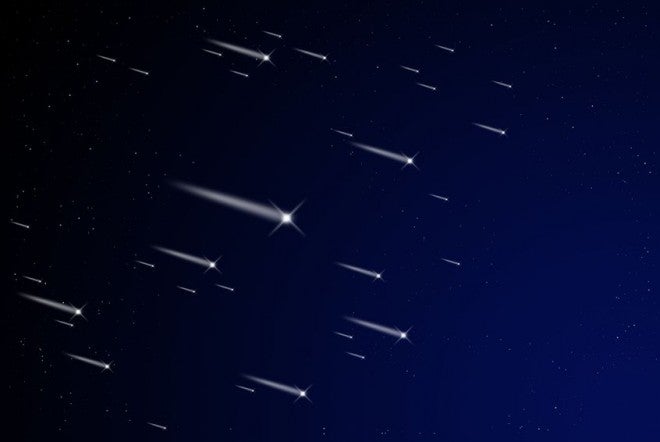 After the heavy monsoon rains the past week, the skies will clear tonight Wednesday just in time to give Filipinos a chance to see one of the year’s most anticipated meteor showers.

The state weather bureau has forecast cloudless skies over most of the country except in Bataan, Zambales and Pangasinan Wednesday night, when the Perseids meteor shower will be seen until before sunrise Thursday.

The Perseids meteor shower will be seen on the eastern horizon from 11 p.m. Wednesday, August 12 up to 4 a.m. Thursday, August 13, according to the Philippine Atmospheric Geophysical Astronomical Services Administration (PAGASA).

PAGASA advised that the famous meteor shower will peak at around 1 a.m. Thursday when at least 50 up to 100 shooting stars will streak past the sky for an hour.

A waning crescent moon will leave the sky dark enough for the meteors to be clearly seen without aid of a telescope.

“It will not be cloudy tonight over most of the country except in Bataan, Zambales, and Pangasinan,” PAGASA weather forecaster Samuel Duran said.

The southwest monsoon, which has triggered heavy rains last week over the Visayas and Mindanao, is now only affecting the western section of Northern Luzon and Central Luzon, PAGASA said.

PAGASA weather observer Rex Guerrero has advised stargazers to look at the eastern horizon where the constellation of Perseus is located since that is where the meteors will radiate from.

The Perseids meteor shower, named after the constellation Perseus, takes place when debris from the Comet Swift-Tuttle slam into the Earth’s upper atmosphere when the planet crosses the orbit of the comet.