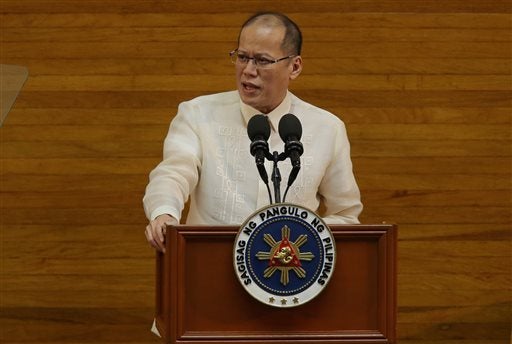 President Benigno Aquino III delivers his last State of the Nation Address during the joint session of the 16th Congress at the House of Representatives in Quezon City on Monday, July 27. AP

A majority of Filipinos were pleased with President Benigno Aquino III’s last and longest State of the Nation Address (Sona), an online poll conducted by INQUIRER.net showed.

However, a considerable number of readers said they were “very dissatisfied” with the speech. They garnered 32.96 percent or 941 of the total votes; 5.53 percent of respondents (158 votes) accounted for the “dissatisfied” vote.

The hashtag #SONA2015 trended on Twitter on Monday, as netizens expressed both praises and disappointment over the President’s speech at the House of Representatives in Quezon City. 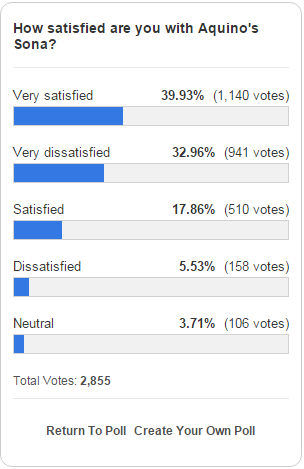 In his final Sona, Aquino took a swipe anew at the supposed blunders of the government under former president and now Pampanga Rep. Gloria Macapagal-Arroyo, trumpeted the achievements of his administration, expressed support for the passage of the antidynasty bill and spewed fire against his critics, alluding to the camp of Vice President Jejomar Binay.

Touching on the 2016 presidential polls, Aquino also warned that the gains of the present administration would be at stake after just one election as he sang praises for presumptive Liberal Party standard-bearer and Interior Secretary Manuel “Mar” Roxas II.