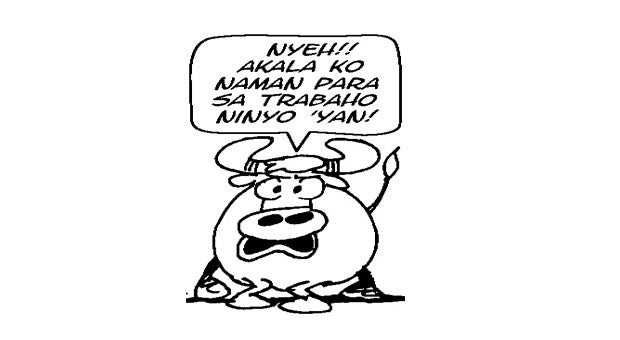 When lawmakers in the House of Representatives talk about “enhanced performance” these days, you can be sure they’re not talking about fast-tracking some bills.

They’re more likely discussing the benefits of Nitro, an energy drink that lotharios in the House swear is more effective than Viagra, Cialis and other male potency pills.

According to two male representatives from Luzon, Nitro has become the latest buzzword in the session hall and executive lounge at the Batasan complex in Quezon City, with a number of lawmakers lining up to stock up on this fruity syrup in nifty, brown bottles.

The two lawmakers, who refused to be named for fear of being lynched by their colleagues for ratting on them, said the Nitro craze started when a lawmaker gave gift packs of this herbal supplement to a number of his colleagues.

With satisfied users bragging about being reunited with their youthful vigor, the generous lawmaker was soon deluged with queries about how other congressmen could get their Nitro fix.

“A lot of congressmen swore it was the best they’ve ever tried. They felt no dizziness, blurred vision or heart palpitations (commonly associated with other male potency drugs), and the effect lasted at least two days,” said one source.

Other sources claimed that at least three lawmakers had gone out of their way to seek out the manufacturers of Nitro, which is not available locally, to negotiate exclusive distribution in the country. As it turned out, an unnamed Filipino entrepreneur had beaten them to the draw.

According to the fine print on the bottle of the energy drink, a serving of Nitro should be taken every 72 hours, followed by eight glasses of water daily during use.

“Do not exceed recommended usage. Not intended for long-term use,” the label warned.

Which may explain why a growing number of representatives have been seen with water bottles in hand on the session floor and in the executive lounge.

The source said a bottle of Nitro was good for two servings, although some lawmakers were said to drink it in one swig for maximum strength.

Not approved by US FDA

Although not approved by the US Food and Drug Administration, Nitro is considered safe by the lawmakers because of its herbal ingredients and its label that says it is fortified with Vitamins B3 (Niacin), B6 and B12, sources said.