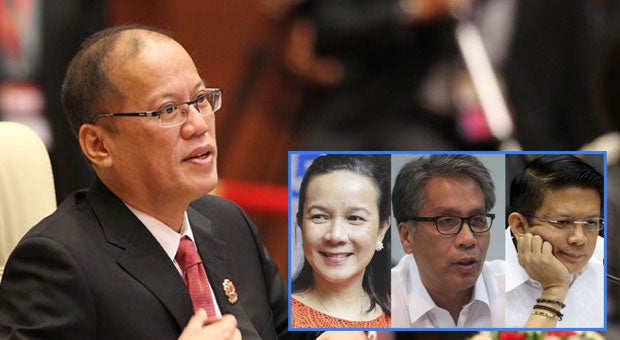 President Aquino hosted a dinner, as reported by the Inquirer, for Interior Secretary Mar Roxas and Senators Grace Poe and Francis Escudero on Wednesday night.

What has been been billed as a make-or-break dinner meeting reportedly started at 7 p.m. and was still ongoing at press time at Bahay Pangarap, Aquino’s official residence inside the Malacañang compound.

The meeting was expected to decide if Poe was willing to be Roxas’ running mate. The neophyte senator has openly, repeatedly expressed her preference to run with Escudero.

No other details were available at press time.

Guess who’s coming to dinner at the Palace