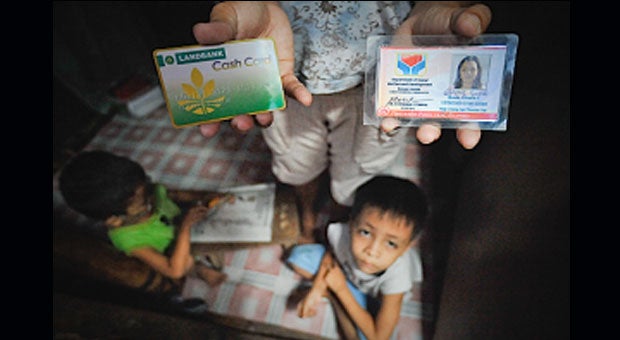 A sobering news for liquor makers is one positive effect of conditional cash transfer (CCT) for poor households in the Philippines.

The CCT program, called the Pantawid Pamilyang Pilipino Program (4Ps), has led to a sharp decrease in alcoholism among the ranks of the poor, according to a new World Bank report.

The 4Ps is an expansion of cash transfers started by the previous Arroyo administration. From a small pilot of 6,000 families in 2007, the program grew rapidly to cover 4.4 million families at the end of 2014.

“Pantawid Pamilya increases households’ investments in education and does not encourage dependency or spending more on vice goods, such as alcohol,” the World Bank said in a report titled “The Social Safety Nets 2015.”

Spending on such vices was lower by 39 percent in families covered by Pantawid Pamilya than those that don’t get the dole, according to the report.

Across the country, CCT has led to better lives for millions of children, while income inequality has decreased. Children have become healthier and are staying in school longer, said the multilateral institution.

“Pantawid Pamilya is reaching most of its key objectives,” the report said.

Among Pantawid beneficiaries, about nine in 10 households are covered by the PhilHealth insurance program. The program also reduces the need for some families to make children work to augment household incomes.

This year, the government expects to spend about P62 billion for the CCT program, up from just P9 billion when the program was started under the Arroyo administration.

Data from 2013, which was cited in the report, showed 19 million people benefiting from Pantawid Pamilya. The biggest CCT program in the world is India’s, which covers close to 80 million.

The efficient implementation of Pantawid Pamilya was also noted by the World Bank.

The government’s targeting was also praised. According to the World Bank, CCT programs such as Pantawid Pamilya should earmark at least 20 percent of the money spent for families in the poorest 20 percent of the population in order to make a difference.

As a result, Pantawid Pamilya has led to a 2.4-percent reduction in income inequality and a 12.5-percent cut in the number of poor people, World Bank data showed.

Results of the World Bank’s analysis come amid criticism against Pantawid Pamilya. The House committee on poverty alleviation in May proposed the creation of an independent body that would look into alleged “leaks” in the CCT program.

Suansing called for an inquiry into alleged issues besetting the CCT program “with the end view of addressing the complaints and problems in the program and make the necessary remedial legislation.”

Since 2010, the ADB has worked closely with the Department of Social Welfare and Development (DSWD) to ensure funding goes to intended beneficiaries.

ADB technical assistance has supported the DSWD in implementing measures—such as a grievance redress mechanism, extra training for staff and spot checks in the field—to improve targeting models so they exclude noneligible families.

“Rigorous impact evaluations have shown that the program is meeting its overall objectives. Monitoring and evaluation of the program by government and partners will continue,” said ADB Philippines country director Richard Bolt.