Brothers-in-law die in ‘duel’ in Iloilo 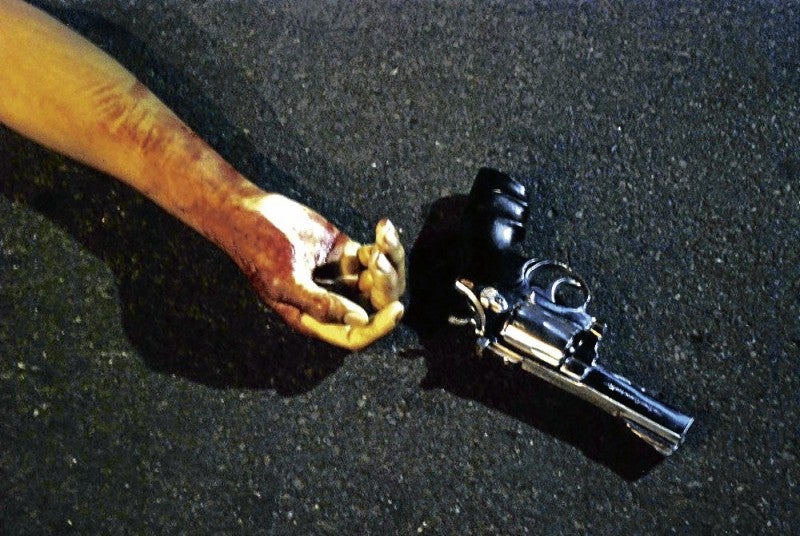 A man in Iloilo reportedly managed to shoot and kill his brother-in-law after the latter hacked him repeatedly with a bolo. The gunman also succumbed to his wounds. ARNOLD ALMACEN/INQUIRER FILE PHOTO

The fatalities were identified as brothers-in-law Julie Castor, 37, and Rodolfo Cagunda, both married residents of the village.

Senior Inspector Jorgen Suegay, Bingawan police chief, said Castor and Caguna were having a drinking spree at the house of Castor when the killing happened.

Cagunda reportedly asked Castor for his P500 share of the assistance given by the village to victims of Supertyphoon Yolanda. This led to an argument during which Castor drew a bolo and hacked Cagunda several times in the body.

Cagunda however managed to draw a cal.-38 revolver and shot Castor in his left chest.

They were rushed to the Ricardo Y. Provido Memorial District Hospital in nearby Calinog town but were declared dead on arrival.

Police recovered at the crime scene were a cal.-38 revolver with 3 live ammunition, 3 empty shells and a bolo.

Bingawan, some 60 kilometers from Iloilo City, was reportedly one of the towns in Iloilo province hardest hit by Yolanda in 2013.