Binay camp: No truth to Jamias tale that VP wants to apologize 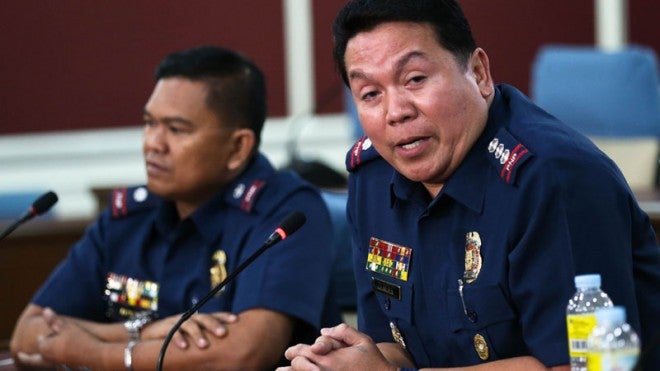 Vice President Jejomar Binay has denied that he wanted to make amends with the police official whom he had a heated confrontation with last Monday night, a spokesman of the United Nationalist Alliance (UNA) said Friday.

Senior Superintendent Elmer Jamias on Thursday claimed that Binay wanted to meet with him and apologize for his actions through emissaries Binay allegedly sent.

READ: Jamias says VP Binay wants to reconcile with him

Ilagan described the presence of police officials at the city hall as “overkill.”

The heated confrontation with Binay and Jamias erupted on Monday night after the vice president went to the Makati City Hall to show support to his son, Makati City Mayor Jejomar Erwin “Junjun” Binay.

The older Binay allegedly wanted the police officials deployed in the area to leave the city hall to let the family’s supporters enter the building.

Jamias claimed that Binay berated, insulted and threatened him.

Binay also reportedly collared Chief Inspector Gideon Gines for allegedly pushing away Aida Dizon, the sister of his wife Dr. Elenita Binay, when she tried to enter the City Hall.

Gines, however, denied Binay’s claim.
The police officials involved in the confrontation said they would file charges of physical injury, direct assault on a person of authority, oral defamation and grave threat against the Vice President. IDL