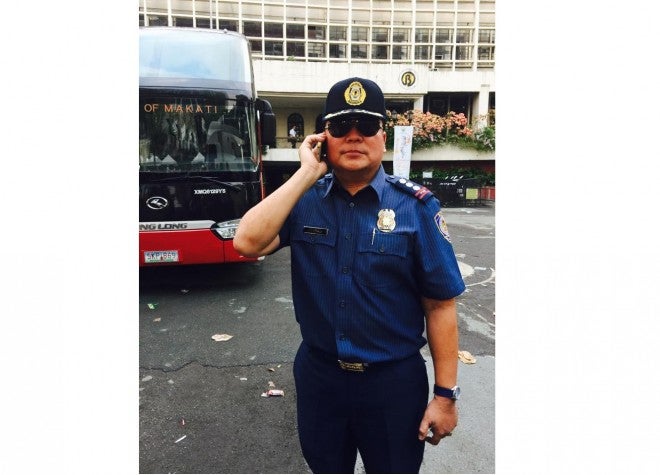 Senior Superintendent Elmer Jamias, deputy chief for administration for the Southern Police District (SPD), said he and his men would file charges of physical injury, direct assault on a person of authority, oral defamation and grave threat against Binay.

According to him, Binay wanted the police to leave City Hall where the Vice President’s son, Makati Mayor Jejomar Erwin “Junjun” Binay, was holding out after the Office of the Ombudsman suspended him again—this time over the allegedly overpriced Makati Science High School building.

Jamias said that when he saw Binay, he expected the Vice President to thank him and his men for providing security at the Makati City Hall complex.

“Ngunit kabaligtaran ang tinanggap ko, puro panlalait, panghahamon at threat,” (But the opposite happened. I only got berated and threatened) he said.

After accosting him, Jamias said Binay turned to his men.

At one point, Jamias said Binay grabbed and pulled away one of his supporters whom police had arrested for making threats that he had a grenade.

Despite the incident, the official said police maintained maximum tolerance towards Binay and his supporters.

Jamias said he and his men would remain at City Hall to prevent any untoward incident that may happen between the supporters of Binay and their rivals.

Later Tuesday morning, eight persons, including three policemen, were injured when supporters of the mayor tried to prevent officials of the Department of Interior and Local Government from serving the suspension order against him and 14 other city officials. Mary Gillan Frances Ropero, Inquirer.net trainee