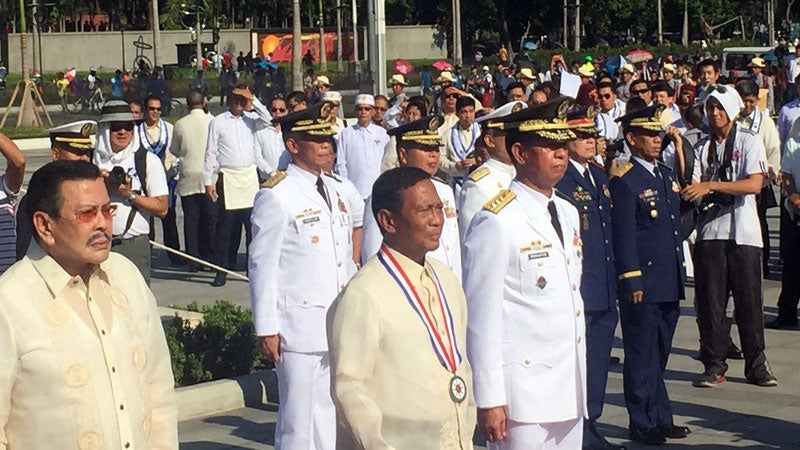 “I am done being Vice President.”

This was the response of former President and now Manila Mayor Joseph “Erap” Estrada to the offer of incumbent Vice President and prospective presidential candidate Jejomar Binay to become his running mate in 2016.

(It’s over. I still have a lot to do in Manila. I’ve been there. I am done (being Vice President).)

Estrada served as Vice President of the Philippines from 1992 to 1998. He won as President in 1998, but was ousted through a people power revolution in 2001. He ran but lost in the 2010 presidential elections, while his running mate Binay won as vice president. He was elected mayor of Manila in 2013.

Binay floated the idea of inviting Estrada as his running mate just last week, calling the potential partnership the “BEst” tandem, a portmanteau of their surnames. He and Estrada are stalwarts of the United Nationalist Alliance.

While he rejected the idea of being Binay’s Vice President, Estrada said he was not closing his doors on running for another position other than coveting reelection as Manila mayor in 2016.

Still so much to be done

The Independence Day celebration in Luneta was witnessed by hundreds of people as songs of nationalism continuously played during the celebration.

Binay said there is still a need to uplift the quality of lives of Filipinos 117 years after Philippine Independence was declared.

(I hope we can still enrich the lives of the people. We still have a lot to do: to uplift the lives of every Filipino.) IDL