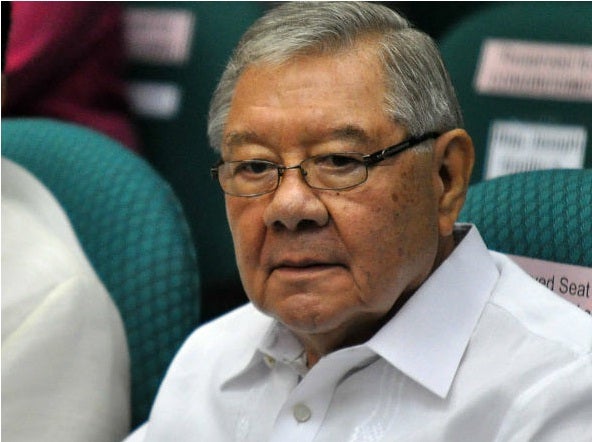 No, there was no last-minute call from the President.

Explaining his curious decision not to put his economic Charter-change (Cha-cha) measure to a vote, Speaker Feliciano Belmonte Jr. said his pet bill simply did not have the numbers to win approval in the chamber.

He also admitted that Resolution of Both Houses 1 (RBH1), which would pave the way for the lifting of economic restrictions in the 1987 Constitution, was for all intents and purposes dead.

“We didn’t have the numbers… We decided we didn’t like to take a risk,” Belmonte told reporters minutes after the sine die adjournment of Congress on Wednesday night.

The decision came as a surprise as only a few hours earlier, the Speaker himself had expressed confidence about its chance of being passed.

He also answered the question on the top of the reporters’ minds: “I can say very frankly there were no phone calls from the President. No, nothing.”

Aquino earlier expressed reservations about Charter change being used to insert political amendments, such as the lifting of term limits, which, he said, might lead to another dictatorship.

This fueled speculation that he might have influenced the House leadership’s decision.

There were 267 members who responded to the roll call, enough to satisfy the three-fourths vote required to pass it.

Bayan Muna Rep. Neri Colmenares, who has expressed opposition to amending of the Constitution’s economic provisions, welcomed the House decision.

“We’re glad members of the House did not push through with the Cha-cha vote. It would only exacerbate the poverty of the Filipino people. We need genuine land reform and national industrialization instead of this obsession with foreign investors and foreign-led development programs,” Colmenares said.

“In fact, a lot of the people who talked with me said… [they] were in favor of a real revision, not just partial revision. But there was no time to be arguing with them. And I had to make that decision,” Belmonte said.

“What I wanted to do was just to show that it could be done. But frankly, given that there are only 21 senators, and some of them actually have no interest, it would really have been a gesture on our part,” he said.

He said he would still try to pass RBH1 but only as a “political statement.”

Under the resolution, a five-word phrase—“unless otherwise provided by law”—shall be added to seven economic provisions of the Constitution to allow greater participation of foreign businesses in the country.

The 289-strong House had failed in recent days to muster enough numbers to call a vote.

Unlike ordinary legislation, constitutional amendments require an absolute three-fourths vote in both Houses of Congress; thus, the House needed to muster at least 217 votes to pass the joint resolution—a number the majority would have had no problem meeting.

By adding the phrase “unless provided by law,” the proposed resolution will lift constitutional restrictions on the following provisions of the 1987 Constitution:

Section 3, Art. XII on alienable lands of the public domain, including agricultural, forest or timber, mineral lands and national parks;

Section 11, Art. XII on grant of franchises, certificates, or any other forms of authorization for the operation of public utility;

Section 4 (2), Art. XIV on ownership, control and administration of educational institutions; and

Section 11 (1 and 2), Art. XVI on ownership and management of mass media and on the policy for engagement in the advertising industry.