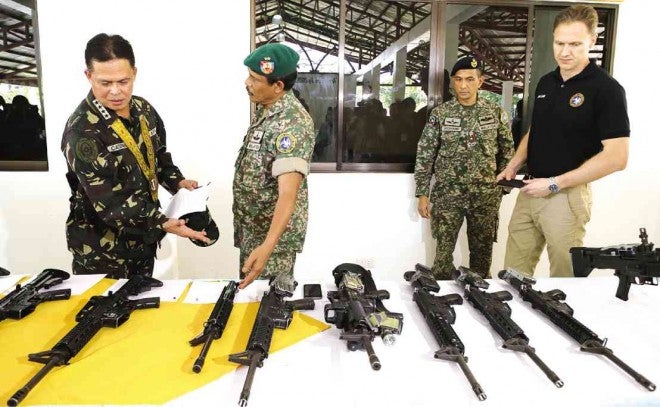 “The training process was supported by the hierarchy of the military and police,” Ibrahim said.

The JPST is also tasked to track down and document private armies and other armed groups; help reduce and control weapons; support the observance of the ceasefire agreement; work on security arrangements for peace process-connected personalities and events; and support dispute resolution initiatives on the ground as mandated in the Annex on Normalization of the Comprehensive Agreement on the Bangsamoro.

Maj. Gen. Edmundo Pangilinan, commander of the 6th Infantry Division who witnessed the event, said he “could no longer see the difference” between the government forces and the MILF’s Bangsamoro Islamic Armed Forces (BIAF).

Pangilinan stressed that peace, which has long been prayed for by all sectors in Mindanao, could be attained only through unity.

“Now we are one. We have a lot of experiences, the BIAF, the AFP, the PNP, including the civilians who suffered so much. We shed tears, perspired and bled. I believe that because of these experiences we should stop these fights,” Pangilinan said.

Brig. Gen. Carlito Galvez Jr., chair of the government’s Coordinating Committee on the Cessation of Hostilities, said the training was successful despite the differences between the participants.

“The former enemies are now working together to achieve their common aim which is peace in Mindanao,” he said. Jeoffrey Maitem, Inquirer Mindanao