“I apologize for having caused damage to the friendship of the Poe and Binay families,” Tiangco said in a statement sent to reporters.

He said he would follow the advice of Makati Representative Abigail Binay “to stop speaking on the matter as this is an issue for the proper courts to decide.”

On Tuesday, Tiangco said Poe is not qualified to run as President or Vice President in the 2016 elections because she fails to meet the 10-year residency issue required for the positions.

He said Poe’s certificate of candidacy for senator in 2013 showed her residency in the country was at six years and six months prior to the May 2013 elections.

Poe, however, said she has been in the country since 2005.

On Thursday, Representative Binay, in a press briefing, called for an end to the word war between UNA and Poe.

She said that the high court would be the proper venue to decide on Poe’s citizenship and eligibility to run for higher position in 2016. IDL 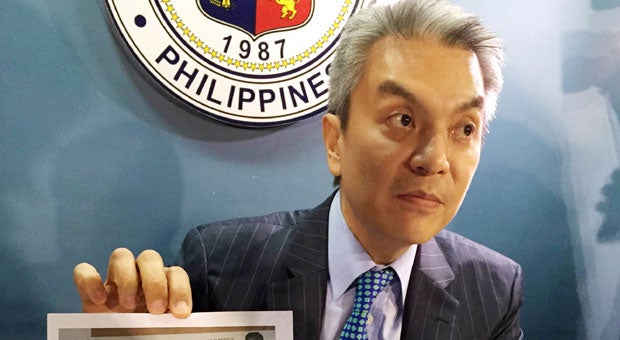