Grace Poe lacks residency, not qualified to run for president or VP – solon 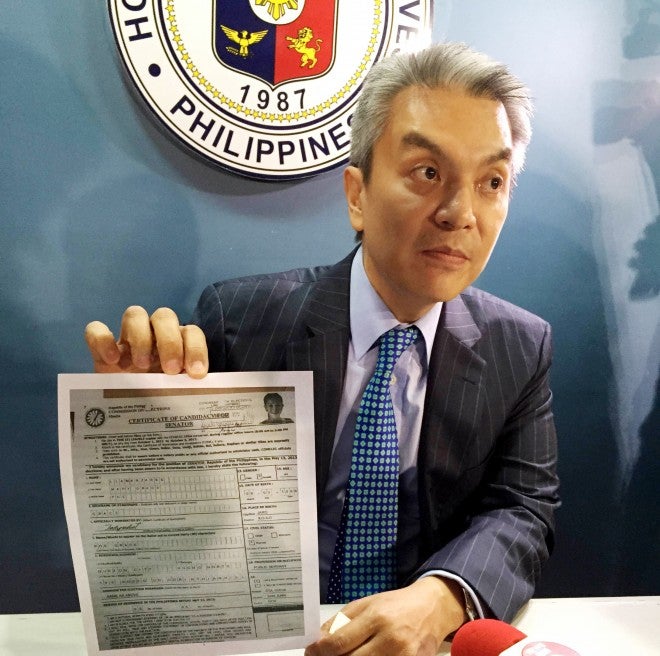 Tiangco shows Senator Grace Poe’s certificate of candidacy showing she is not qualified to run as president or vice president next year. Marc Jayson Cayabyab/INQUIRER.net

SENATOR Grace Poe is not qualified to run as president or vice president in 2016 because of lack of residency in the country, an opposition congressman said Tuesday.

This is the latest of questions raised against Poe’s qualifications to run as president or vice president in 2016, following her popularity in the pre-election opinion poll. Her citizenship issue had also been raised, though Poe has said she has given up her dual citizenship and she is now a Filipino citizen.

In a press conference, Navotas Rep. Toby Tiangco, interim president for Vice President Jejomar Binay’s United Nationalist Alliance, said Poe’s certificate of candidacy for senator in 2013 shows her residency in the country is at six years and six months prior to the May 2013 elections.

By May 2016, Poe will have stayed in the country for nine years and six months, still short of the 10-year residency requirement in the Constitution for president and vice president bets prior to the elections, Tiangco added.

Tiangco said he bared Poe’s period of residency following her statement that Vice President Binay can prove his honesty if he answers the corruption allegations hurled against him over the purportedly overpriced Makati Parking Building, Hacienda Binay, among others.

Meanwhile, in the latest SWS vice presidential survey, Poe is the top pick with 26 percent of respondents, surpassing Roxas with 12 percent and Binay with seven percent.

He showed the certificate of candidacy showing her residency in the country filed before the Commission on Elections.

Tiangco said Binay did not give him the go-signal to reveal Poe’s residency, adding that he told reporters of the issue on his own volition.

Asked if he would question Poe’s qualifications before the Supreme Court if she decides to run, Tiangco said he would but in his personal capacity.

“If I am stopped by my party, I will be able to decide whether I’ll follow it or leave my party,” Tiangco said.

When asked if he would call on Poe to forgo her ambition to run for a higher position, Tiangco said: “I’m not asking her to back off. But since she put forward the question of honesty, bakit naman hindi niya pinaalam sa ating lahat na hindi naman siya pwede sa 2016?”

Binay has said that he was willing to consider Poe as his vice president come 2016, but he later said he was hurt by Poe’s statements that she never opened the door as Binay’s running mate.

Tiangco said UNA is not threatened if Poe would run next year. 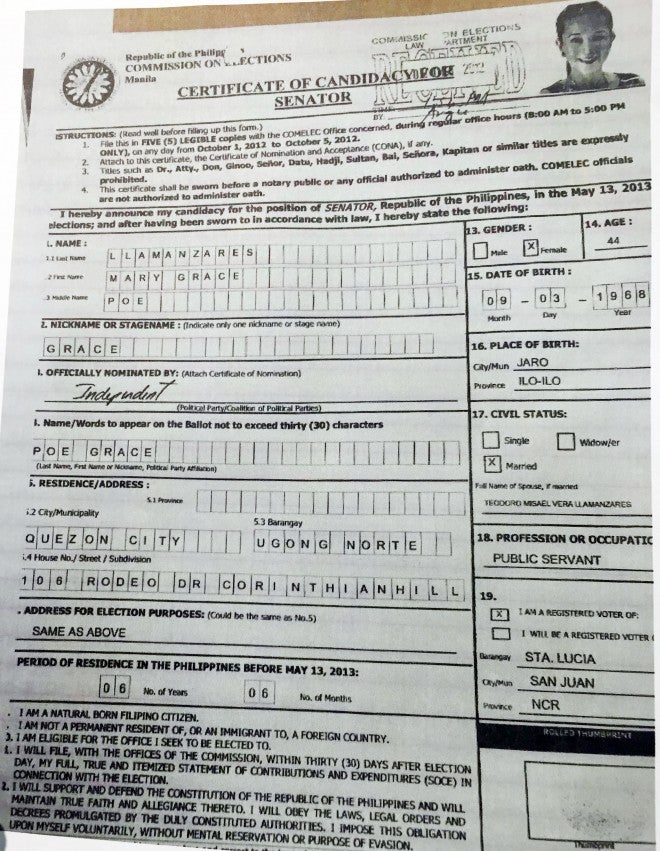